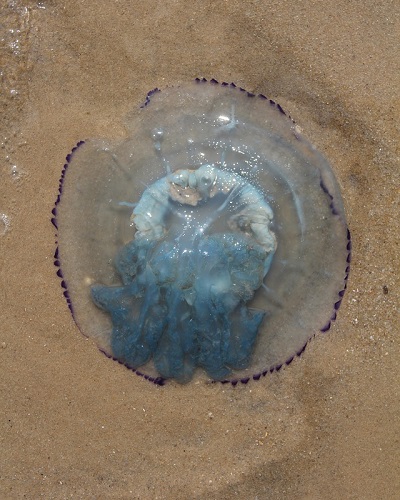 These swimming jellyfish of different colors look very elegant and peaceful in the ocean. A unique Blue Jellyfish often suspended in the depths of the sea, it is like a beautiful cloud of transparent jelly. The Blue Jellyfish, or Cyanea Lamarckii, is also known as the bluefire jellyfish.

The Blue Jellyfish is commonly found around British waters, although they have been spotted in other parts of Europe as well. They can be observed generally congregating in waters off the coasts of Scotland and Ireland, and in the North Sea during summer months.

Don't be surprise that the Blue Jellyfish is sometimes pure white, which is depends on their age. One important fact you should know is that these Blue Jellyfish are not as gentle as they look, the venom from their tentacles may cause you tingling, diarrhea, fever, etc. The following is the decription of the Blue Jellyfish's size and features.

Size and Characteristic Of Blue Jellyfish

The Blue Jellyfish are generally blue or yellow-tinged in color and have four largemouth arms, and arranged around the lip are eight horseshoe or square-shaped areas, each containing upwards of 40-60 stinging tentacles. Its tentacles are probably 1 meter long. These jellyfish mostly feed on the plankton, eggs and larvae of other aquatic animals (such as fish). Cyanea lamarckii use their tentacles containing nematocysts to catch their prey and protect them from predators.

Its color varies from translucent through pale yellow, pale brown, and pale grey to light blue or purple. The color of the bell can identify blue jellyfish age. They appear pale when young but mature to have a brightly purple-blue (some yellow) colored bell. Although the paler (younger) individuals are easily confused with the lion's mane jellyfish, the blue jellyfish is not as large and has a translucent bell. 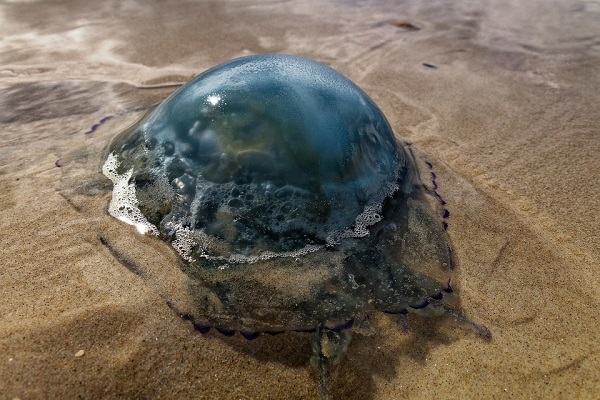 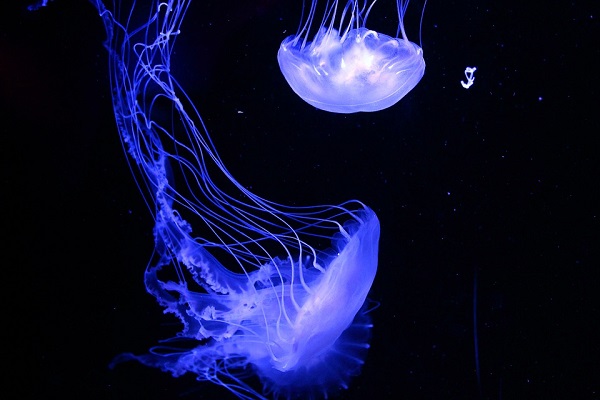 Like other jellyfish, the Blue Jellyfish is an annual animal, and the reproductive cycle starts in the winter months. It drifts, feeds in the plankton, and develops rapidly. Once the eggs are dropped into the sea and fertilized, they will hatch into the planula and drift for miles before resting at the bottom of the sea. The planula develops into small jellyfish, usually colorless, and will reach sexual maturity in the spring and summer months. Due to lack of food and exhaustion, they will start to die off in the autumn and winter months. The Blue jellyfish lives for less than a year. 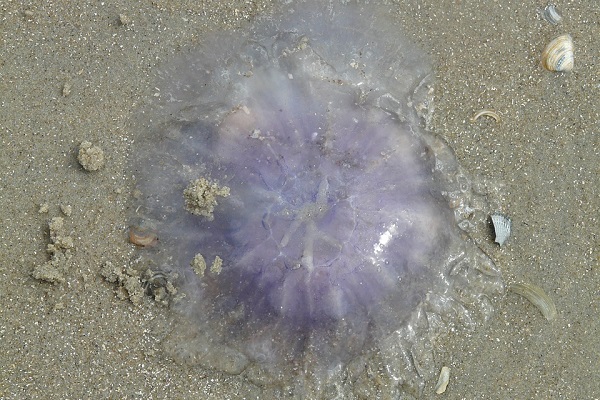 The Blue Jellyfish prefer the open ocean, so they can usually be spotted floating around the U.K. coast, the North Sea, the Irish Sea, and the English Channel in summer and autumn. They are attracted offshore by the abundance of plankton that provides a rich food supply. The Blue Jellyfish can go with the flow, easily catching prey with its dense stinging tentacles. If you spot one on the beach, it is best not to touch it; the blue jellyfish might sting you.