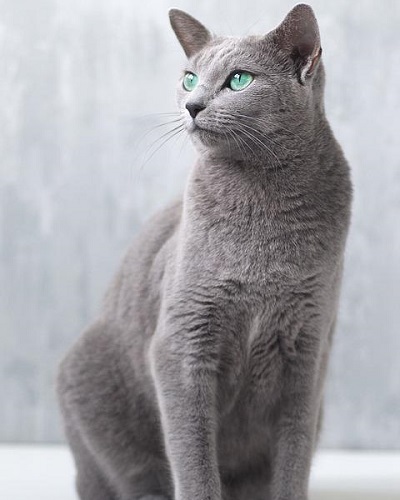 Russian Blue has various names, including Archangel Blues, Foreign Blues, and Maltese Cats. Originally an Archangel Blue, it wasn't until the 1940s that it got the name Russian Blue, and for a while, it was called the Maltese Blue. Evidence shows that this cat breed is native to Russia, as cats of the same species have been found in the Russian boreal regions.

Because its ancestors originated in the cold Siberia region, many places call it the "winter elf." The Russian blue cat has a slender body, large erect pointed ears, and small and round feet; it is covered with a silver-blue glossy short coat. Very elegant and noble.

The slender and graceful body has a slightly eastern appearance, sturdy bones, and nice muscles. Russian Blues have a short, straight, plush double coat. The coat is short and shiny, with a velvety texture, and the undercoat is thick to resist the cold. Its thick coat makes Russian Blue cats look larger than they are. The striking color of the breed's eyes is also the most distinctive feature. Russian Blues have wide-set eyes that evolve from yellow with green rims to bright green as kittens age into adult cats. 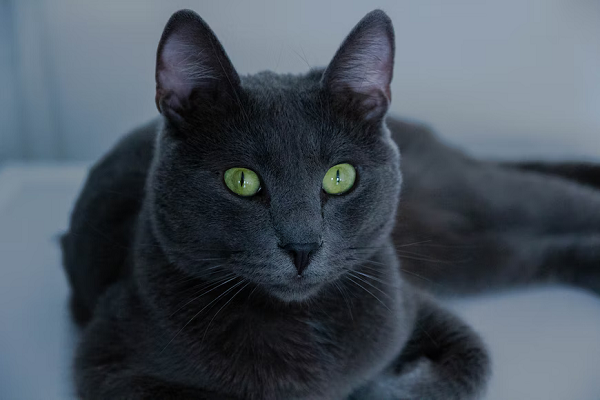 How Big A Burmese Car Will Get

The Russian Bue is a medium-sized cat when it reaches maturity at about a year old. Russian Blue cats grow to be approximately 10 inches tall, with a body length of 15-18 inches, and males are larger than females: male cat typically weighs 10 to 12 pounds, and female cat reaches 7 to 10 pounds. If well cared for, healthy Russian Blues live between 10 and 15 years on average, with some living as long as 20 years or more. 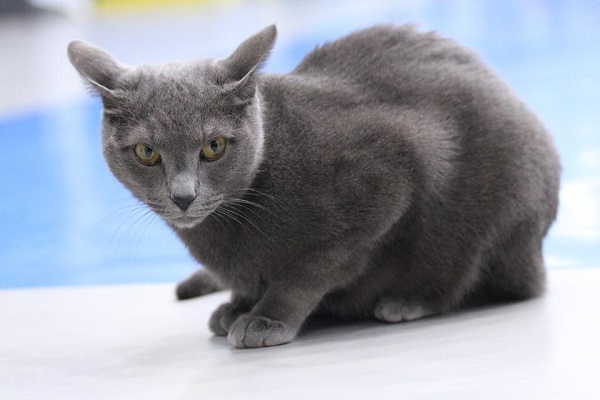 Russian Blue cats are quiet, shy, loyal, and docile, very trusting of their owners, and like to be touched and paid attention to by their owners. It can coexist peacefully with children and even other pets at home, making it a popular family pet. Russian Blue cats like peaceful, calm surroundings and are adaptable to cold environments. With an independent and curious personality, Russian Blue has a strong sense of self, so it doesn't like any restrictions. If strangers, rowdy dogs, or overly affectionate kids approach, the Russian Blue is likely to retreat to the safety of a hiding spot.