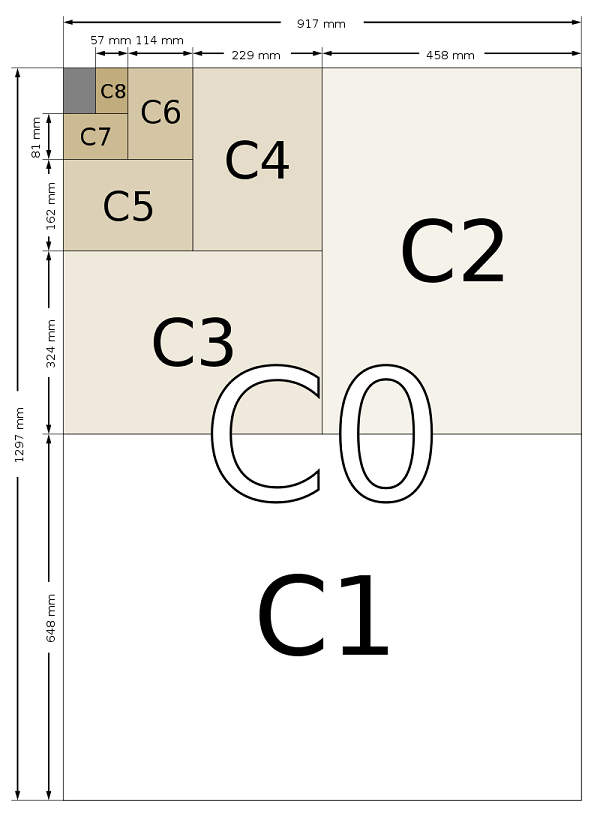 ISO 216 is an international standard is a universal standard all over the world except in North America (the United States and Canada) and parts of Latin America. All ISO 216 paper sizes (except some envelopes) have the same aspect ratio, √2:1. The B series is also one of the commonly used sizes. Different from the A series paper, the C series formats are geometric means between the B series and A series formats with the same number (e.g., C2 is the geometric mean between B2 and A2). The width to height ratio is √2 as in the A and B series. The C series formats are used mainly for envelopes. An unfolded A4 page will fit into a C4 envelope. C series envelopes follow the same ratio principle as the A series pages. For example, if an A4 page is folded in half so that it is A5 in size, it will fit into a C5 envelope (which will be the same size as a C4 envelope folded in half). The lengths of ISO C series paper are therefore 8√2 ≈ 1.09 times those of A-series paper.

Each ISO paper size is half the area of the next larger size paper in the same series, as shown in the figure. The following table lists the size of all C series paper (C0-C13) in mm, cm and inches