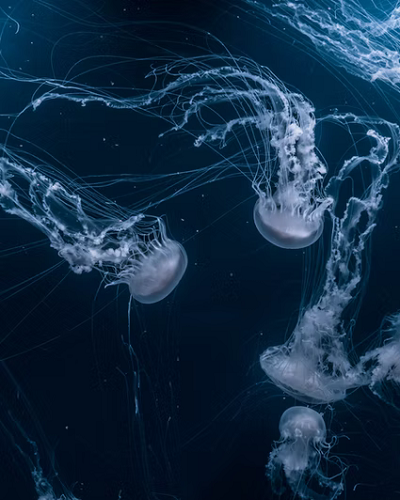 Cubozoa is a generic name for about 20 species of jellyfish, and it got its strange name because of its slightly round shape, resembling a square box. Box jellyfish are the most poisonous creatures known to humans on Earth, also known as sea wasps, and also among the first animals to evolve eyes.

The most representative of the box jellyfish is the Australian box jellyfish, known as the transparent killer in the ocean, mainly living in the northeastern coastal waters of Australia, often floating in the shallow waters off the coast of Queensland. They cause countless human injuries or deaths in the world and are considered the deadliest jellyfish.

The box jellyfish is only about 16 inches long, has 24 eyes, and grows thousands of venom-storing stinging cells on its tentacles. Not only malicious attacks, but even inadvertent scratches on shells or skin can irritate these tiny stingers. It frantically injects anyone or anything with the most potent neurotoxin known to anyone who dares to provoke it. This article focus on box jellyfish features and size.

The box jellyfish is a pale blue transparent jellyfish shaped like a box with 4 distinct sides, each 20cm long. The transparent box jellyfish is a dangerous poison in the ocean, and the Australian box jellyfish is the deadliest, with more than 5,000 stinging cells and enough toxins to kill about 60 people on its dozens of tentacles. When they actively attack humans, they will throw their tentacles far away, first entangle the person swimming or diving, and then block the person's breathing with venom. This neurotoxin can kill a person within 30 seconds.

The adult box jellyfish is the size of a football, mushroom-shaped, and nearly transparent. Box jellyfish size depends on species, but some can reach 7.9 inches wide along each box side or 1' in diameter and have tentacles up to 10 feet in length. A large specimen may weigh 4.4 pounds.

The box jellyfish mainly live in tropical waters, including Australia, the Philippines, Thailand and other regions, mostly in Australian coastal waters, and often float in shallow waters off the coast of Queensland. Box jellyfish swim at speeds in excess of 4 km/h. In hot weather, they dive to deep waters and only come to the surface in the morning and evening, swim to the beach when the sea is calm. Box jellyfish are carnivores, their main prey are shrimp, crustaceans, worms, and small fish. 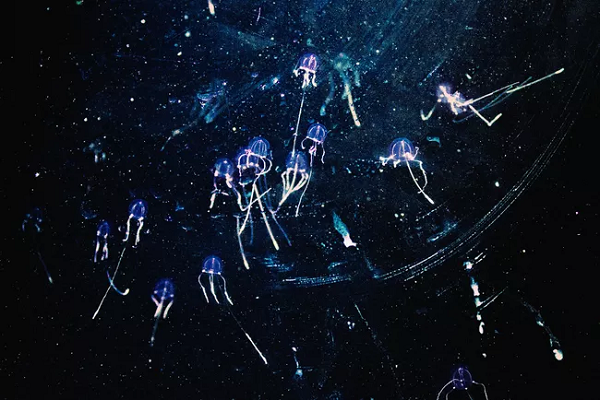 Natural kingdom is cruel, these small and beautiful sea creature is the deadliest. The poisonous tentacles of an adult box jellyfish are enough to kill 20 people. The only way to avoid being attacked by box jellyfish is to avoid swimming in waters where these jellyfish are infested. Warning signs have appeared on all beaches in northeastern Australia. Scientists are working to find more effective antidote and ways to prevent its attack.