The Chartreux cat, also known as the Chartreux blue cat, originated in France; it is said to be a breed bred by monks of the Carthusian monastery in France. While mouse-catching cats were popular with farmers in France, Chartreux cats were bred as pets to preserve their shiny coats. This cat breed was introduced to the United States in the 1970s.

The breed was publicly displayed at the Cat Club in Paris in 1931. The first breed standard was published in 1939. The breed and the blue British Shorthair were crossed so frequently that in 1970 FIFe merged the two breeds. Let's get more interesting information about Chartreux cats in this post.

The Chartreux blue cat is slightly fatter and has a blue-gray coat, which is the biggest characteristic. The coat hair is thick and soft and shines beautiful light, which is attractive. It belongs to a shorthair cat with slightly longer hair. The head is slightly larger and round, with bulging cheeks, and the golden eyes are round and bright. Their eyes are large and round and are only two single colors: golden yellow and brass. The Chartres Blue is a well-muscled and strong cat that can adapt to various environments. 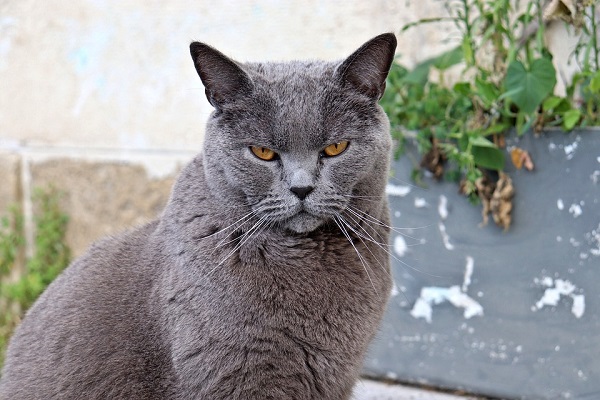 The body muscles of the Chartreux are thick and hard, and the bones are strong. Female cats are medium-sized and male cats are large. Adult Chartreux cats weigh up to 7 kilograms and are called "heavyweight" among shorthair cats. Adult male cats weigh 10-14 pounds, and adult female cats weigh 6-9 pounds. The typical Chartreux Cat has an overall height of 9"-11" (23-28 cm) and a body length of 15"-18" (38-46 cm). Chartreux cats grow slowly and will be fully grown and sexually mature in 2 to 3 years. This breed has a typical lifespan of 11-15 years. 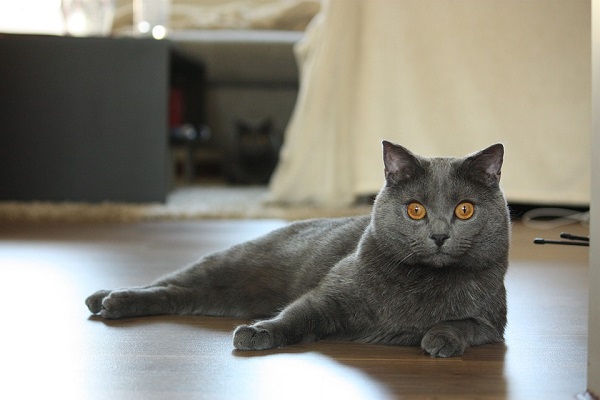 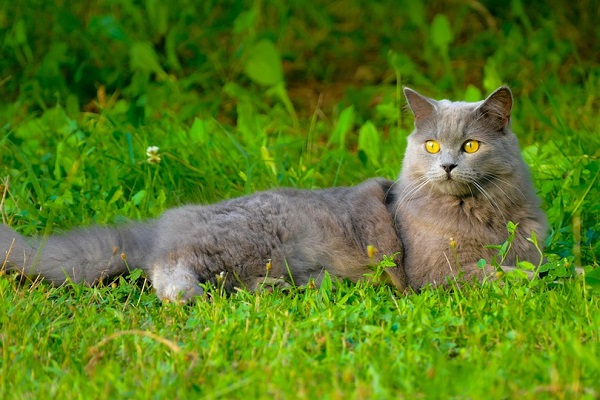 The Chartreux cat is gentle, intelligent, active, and curious by nature. Don't be misled by his chubby physique; they are excellent athletes and hunters. Chartreux will be wary of people or animals they haven't seen before, but they won't be aggressive; if you treat it gently, it will get close to you quickly. Cats usually like to be alone and in a quiet environment. These cool cats are independent, but they love their human friends and are smart enough to entertain themselves. Chartreux cats are also incredibly observant and prefer to watch from the sidelines silently. The thick coat also allows Chartreuxs to adapt to cold outdoor living conditions, so don't worry too much.