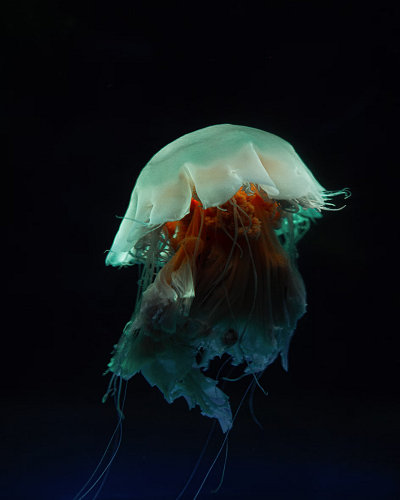 The lion's mane jellyfish (Cyanea capillata), the largest of the jellyfish species, takes its name from the large number of bushy orange tentacles that look like the tawny hair of a male lion. Its body can grow to more than 2 meters long, and the longest stinging tentacles can even reach more than 30 meters long behind it, equivalent to a blue whale's length.

Like all jellyfish, the lion's mane jellyfish is a very simple animal with no real brain, but that doesn't make it less dangerous. They are beautiful in appearance but very fierce in temperament, and the poisonous needles on their tentacles are enough to cause death from paralysis.

Lion's mane jellyfish have unique weapons of prey - tentacles, their digestive organs, and lethal weapons prey. These tentacles are covered with stinging cells that shoot venom. In the following post, let's learn more about their physical characteristics and living habits.

Lion's mane jellyfish mainly grow in colder waters, including the Arctic Sea, North Atlantic, North Pacific, and other seas, often active in areas 20 to 40 meters below the sea surface, where the water temperature remains constant. They feed mainly on zooplankton, small fish, and other jellyfish. The lion's mane jellyfish is a poisonous marine creature, but it rarely appears in areas where humans are active. They can scratch a person's skin with a poisonous needle while their tentacles are entangled, and the venom can quickly paralyze and kill a person. 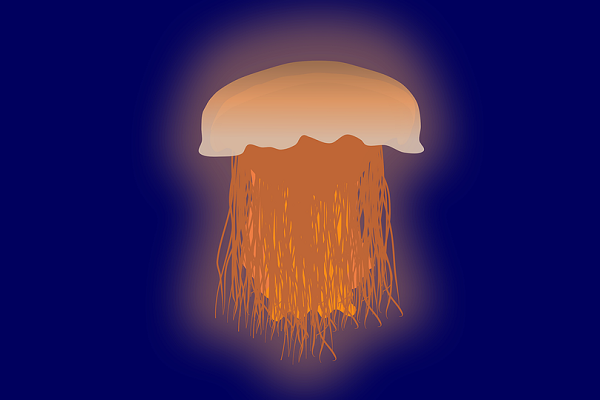 Its umbrella-shaped body is usually up to 70cm across and can reach two meters across, weighing 200-400 kilograms; there are eight groups of tentacles, and each cluster contains up to 150 tentacles. It means one lion's mane jellyfish can have up to 1,200 individual tentacles, which can be more than 35 meters long and are used for predation and defense. According to research, the size of a lion's mane jellyfish also depends on its location. Species that live in lower latitudes are smaller than those in the north. 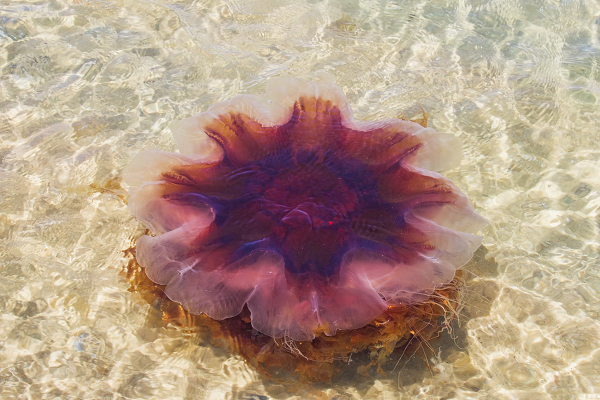 With tentacles longer than a blue whale, the lion's mane jellyfish has become one of the longest known animals in the world. Humans don't often come in contact with them because they tend to be found in the open ocean and not near coasts. Lion's mane jellyfish are also bioluminescent, and many marine life studies have caught them glowing in the dark underwater. Studies have shown that overfishing and water pollution have not caused much damage to the survival of this species for the time being.