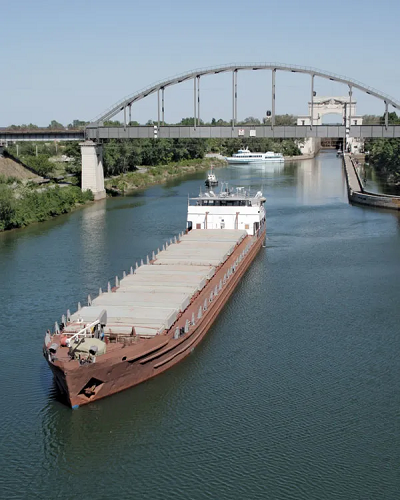 Volga-Don Canal is located in the Volgograd Oblast in southwestern Russia, connecting the lower Volga River with the Don River and finally into the Sea of Azov. This waterway is an important link in the deep water system of the European part of Russia.

The canal, which can take the largest rivercraft and smaller seagoing ships, opened up the upper Volga, Kama River, and Urals regions to oceanic commerce via the Don River (which also links the Sea of Azov and the Black Sea). Timber moving west and coal moving east are the principal cargoes on the canal.

The canal's key function was water-transport service between the capital of the Soviet Union and Eastern Bloc countries. Currently, there are plans for the second line of the Volga-Don Canal to improve its throughput and shipping service between the Caspian Sea and the Black Sea.

History of the Volga-Don Canal

The idea of connecting the Volga and Don River can be traced back to 1697, when Peter the Great tried to build a canal between the two tributaries, Kamyshin and Ilovlya, but his efforts were in vain. A second scheme was approved in 1887. The construction of the current Volga-Don Canal began in 1948 and was completed in 1952. Large inland and small sea ships can pass, and the Volga River-Kama River-Sea channel is opened.

During this period, the canal and its facilities were predominantly built by prisoners, who were detained in several specially organized corrective labor camps. By 1952, the number of forced laborers occupied the site topped 100,000. There are three reservoirs, Karpovka, Bereslavka, and Varvarovka, with a total length of 45 kilometers (28 miles). 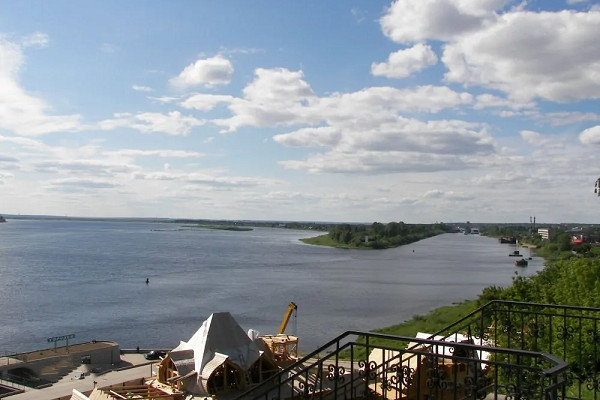 Volga-Don Canal starts from Kalach on the east bank of the Tsimlyansk Reservoir and ends at Krasnoarmeysk on the Volga River; and is about 3.5 meters deep and 101 kilometers (63 miles) long, 45 kilometers of which are natural river channels and the Zimlyansk reservoir. There are 13 locks along the way; the canal has nine one-chamber canal locks on the Volga slope, which can raise ships 88 meters (289 feet), and four locks of the same kind on the Don slope, which can lower ships 44 meters (144 feet).

The overall dimensions of the canal locks are smaller than those on the Volga River. However, they can make way for ships with up to 5,000-tonne cargo capacity. The plan dimensions of locks on the lower Don and the Volga-Don canal are 145 m x 17-18 m and, on the Volga, 290 m x 30 m.

Volga-Don Ship Canal is a part of the United Deep-Water System of Waterways. This canal connects the Volga and the Don and reduced twofold distances between ports of the northern and southern seas of the European part of Russia in comparison with the earlier existing way round Europe. The Volga-Don Canal crowned the joining of the five seas: the Baltic Sea, the Black Sea, the White Sea, the Sea of Azov, and the Caspian Sea.

The Volga-Don Canal is important to the area because it allows waterborne shipping from the Volga River to the Don River, through the Sea of Azov, and into the Black Sea. Expanding commerce on inland waterways has been hindered by shallow water and weather conditions. The Volga-Don Canal is closed for several months in winter. 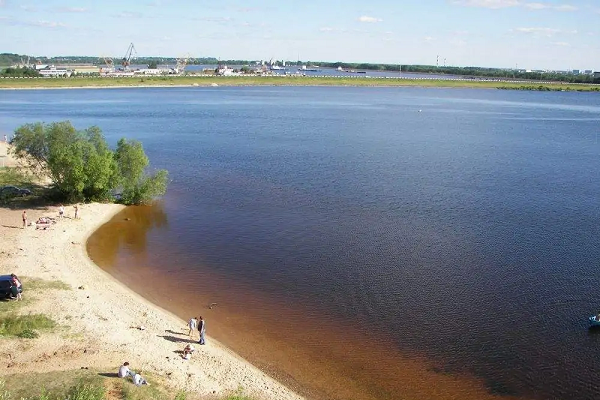 The opening of the canal connects the Caspian Sea and the Azov Sea. It is the shortest passage from the Caspian Sea to the world's oceans, and it is also a very important canal in Russia. Since its completion, the canal has been not only used for passenger transportation but also for Ukrainian grain and coal, as well as timber, pyrite, and petroleum products from the Volga River Basin, which is transported by this canal. Today, the tourism industry along the canal is also booming.