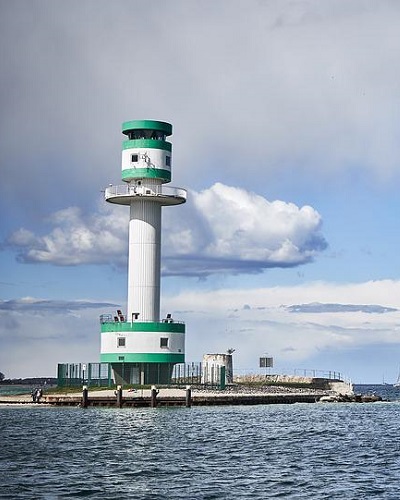 The Kiel Canal (Nord-Eastsea-Canal) is an important waterway connecting the North and Baltic oceans. Before 1948 it was known as the Kaiser Wilhelm Canal. It is one of the busiest maritime shipping routes in the world. About 60,000 ships pass through each year, including many feeder ships, cruise ships, and inland ships. Today, it is also a popular destination for leisure boats and tourist trips that were unimaginable 125 years ago.

The Kiel Canal runs from Brunsbüttel at the mouth of the Elbe, across Jutland, and east to the Gulf of Kiel in the Baltic Sea, saving sailing time and avoiding storm-hazardous seas. It runs roughly from northeast to southwest, and its length is shorter than that of the Suez Canal but a little longer than the Panama Canal.

This golden waterway is very important in Europe. Nearly ten countries are on the coast of the Baltic Sea, including Germany, Sweden, Russia, and Denmark. Almost 90% of ships entering and leaving the Baltic Sea to pass through the Kiel Canal. This canal can pass 50,000-ton ships and has a two-way channel. This post will introduce more about the Kiel Canal.

History of the Kiel Canal

At that time, the labyrinth of small rivers and streams made it difficult for the Imperial fleet to navigate the North and Baltic seas. Kaiser Wilhelm I and Chancellor Bismarck decided to start building the canal on June 3, 1887. In the following eight years, as many as 9,000 workers from all over Europe participated in the canal's construction, which enabled the canal to be successfully completed and opened to navigation on June 21, 1895.

The then Kaiser Wilhelm II was named "Kaiser Wilhelm Canal" in memory of his grandfather. Once built for the Imperial Navy, this canal quickly developed after World War II as a cruise and cargo route between the Baltic Sea and the North Sea, and its international status has risen daily. In 1948, it was renamed "Kiere Canal." 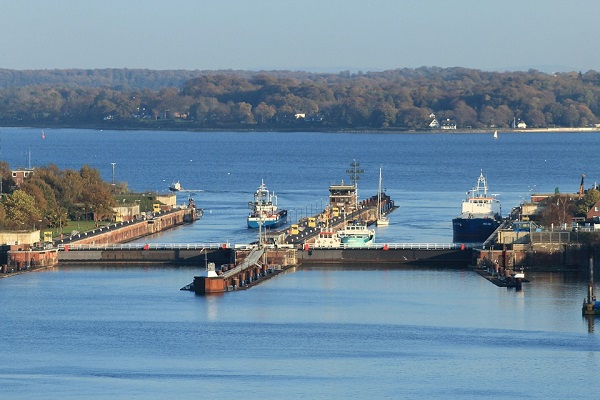 In 1966, due to the large-scale development of cargo ships and cruise ships, the waterway of the Kiel Canal once again faced the problem of being unable to meet navigable conditions. We now see what the canal looks like after the second expansion. Except for the eastern area, the channel was deepened to 90 meters, and the overall width was expanded to 162 meters. Now, the canal measures 98.26 km (61.06 miles) long, and the allowed maximum boat length is 235 meters (771 feet). The largest navigable ship in the canal is 35,000 tons.

The German government has always focused on the infrastructure construction of canal shipping. Each lock chamber of the Kiel Canal has 29 water inlets and three gates. According to the principle of determining the length of the lock chamber, when the ship is relatively small, using a small lock chamber can shorten the passage time of the boat, which is only 45 minutes.

Every 10 kilometers or so of the canal, there is a special meeting area with bollards for temporary mooring of passing ships to facilitate the meeting and overtaking of ships. On both sides of the canal, a pair of night lights are installed every 200-260 meters away to facilitate ships' night travel; the canal's daily passage time is up to about 20 hours. 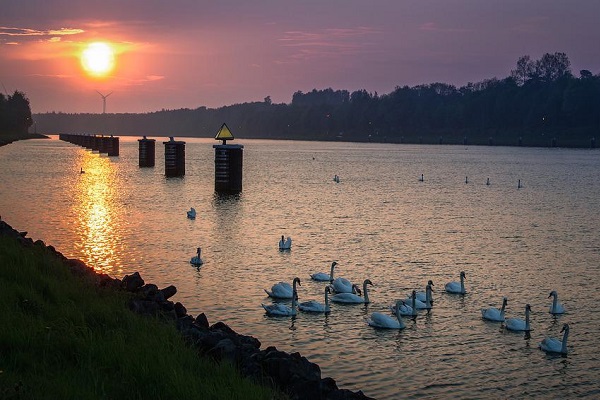 In order to prevent the invasion of the bank slope of the canal by the waves of ships, the canal authorities stipulate that the speed of the sixth group of ships or ships with a draft greater than 8.5 meters cannot exceed 12 km/h, and the speed of other ships can reach 15 km/h. The time boats pass through the canal takes 6.5 to 9 hours. 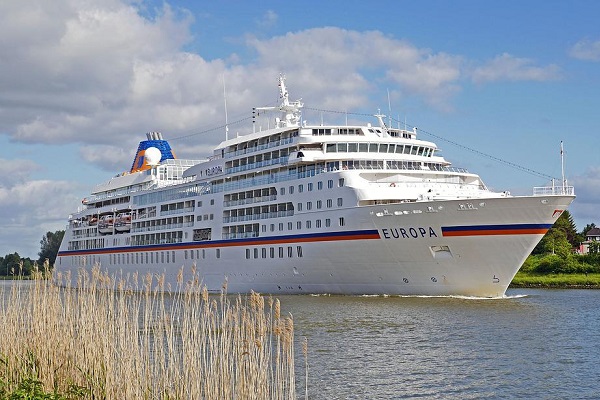 Over the decades, the Kiel Canal has adapted to navigable requirements and conditions. To this day, it remains the most important man-made waterway in Germany. Today, 60% of the ships passing through the canal each year belong to Germany. The Kiel Canal is an international canal with the largest number of ships passing, and the bulk of goods transported are coal, oil, ore, and steel. Both sides of the Kiel Canal are famous for their beautiful scenery, lush green trees, Germanic houses, villas, and many riverside towns, with open-air bars along the river. Taking a cruise is one of the best ways to appreciate the canals.