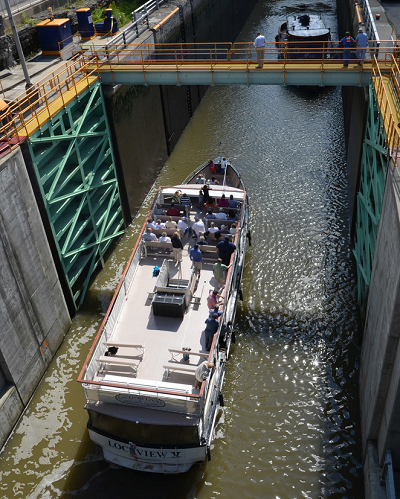 In 1817 the U.S. Legislature passed a proposal to build the Erie Canal. After arduous construction, it was finally opened to navigation on October 25, 1825. Erie Canal connects the Great Lakes to New York City via the Hudson River and is part of the New York State Canal System.

Fast canal traffic has made western New York more accessible, contributing to rapid population growth in the Midwest. The Erie Canal made many cities (Buffalo, Rochester, Syracuse, etc.) navigable to New York City, which was significant in the car-free 19th century, boosting the economy of a large area.

The Erie Canal in New York is named after the Erie lake; its starting point is the Niagara River which originates from Lake Erie. It spans upstate New York and joins the Hudson River in Albany, with a total length of 574 kilometers. The Erie Canal is the longest in the United States and ranks sixth-longest in the world. Although the local government once neglected the maintenance and cleaning of the canal in the late 19th century, by the 20th century, New York had developed a network of canals connecting Lakes Champlain, Ontario, and Finger. The Erie Canal was still the central trunk line with a navigable load of 2,200 tons of barges.

The canal transformed New York City into the young nation's economic powerhouse, and in 2000 the U.S. Congress designated the Erie Canal a National Heritage Corridor. Its success also encouraged canal and railway construction throughout the United States. 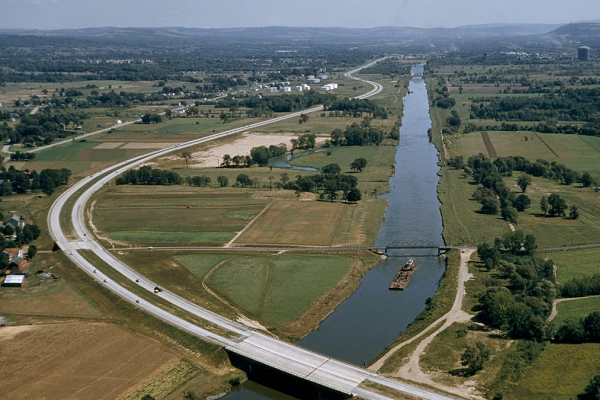 The Erie Canal connects many of New York State's rivers and lakes into a more than 500 miles waterway, and tours and recreational activities have gradually replaced its transportation function. After the opening of the Erie Canal in 1825, urban communities from Albany to Buffalo sprung up. For today's visitors, exploring the communities on both sides of the canal is part of their "canal experience." Many towns along the canal hold their local traditional annual events. 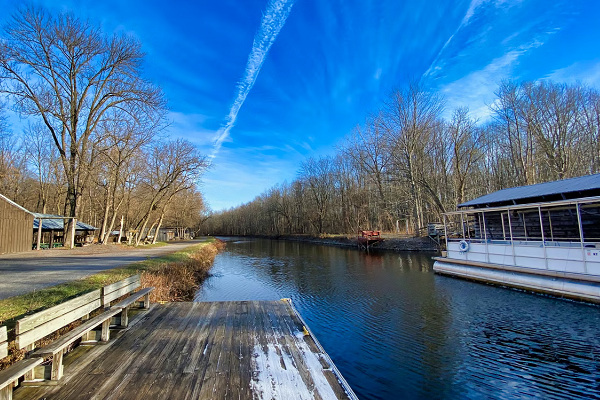 In terms of scale and difficulty of construction, the Erie Canal is not as complicated as those projects known as the world's miracles. Still, its completion has brought about great changes in the political, economic, and cultural pattern of New York and has played a key role in the historical process of the United States. The Erie Canal provided a direct water route from New York City to the Midwest, triggering large-scale commercial and agricultural development—as well as immigration—to the sparsely populated frontiers of western New York, Ohio, Indiana, Michigan, and points farther west.