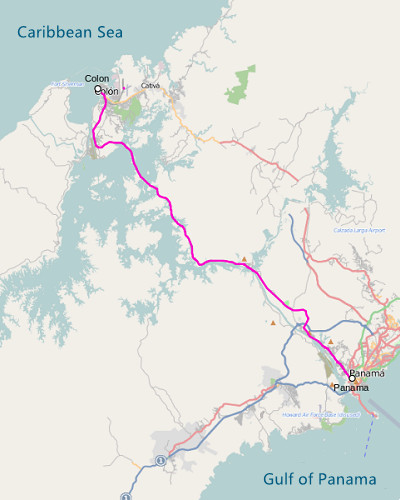 The Panama Canal (Spanish: Canal de Panama) is located in Panama, a Central American country, across the Isthmus of Panama. It is an important shipping route connecting the Pacific and Atlantic oceans. Panama Canal is known as the "Bridge of the World," one of the seven engineering wonders of the world.

The Panama Canal is known as the world's eighth wonder, and it's easy to see why. It is one of the greatest projects ever completed by human beings. The fleet now has access to the approximately 77km-long Panama Canal, saving time and money by avoiding the far detour to the southernmost tip of South America.

The United States built the Panama Canal and opened it to navigation in 1914. Now it is owned and managed by the Republic of Panama, a sluice canal. On June 26, 2016, the opening ceremony of the Panama Canal widening project was held. This post will introduce more interesting facts about the Panama Canal.

History of The Panama Canal

In 1881, a French canal company that had successfully opened the Suez Canal first obtained the right to excavate the Panama Canal. Still, due to the harsh local natural conditions, the project was interrupted in 1889. During the canal construction, more than 20,000 workers died from diseases such as yellow fever and malaria, and construction came to a standstill.

In 1903, the United States instigated Panama's independence from Colombia and signed the "Panama Canal Treaty" with the newly established Panamanian government. Under the treaty, the United States has the right to dig a canal in Panama and "occupy and control" the Canal and the canal zone in perpetuity. The Americans finally completed the construction of the Canal in 1914 while the Canal was firmly under their control. The Canal was not officially returned to Panama until December 31, 1999. 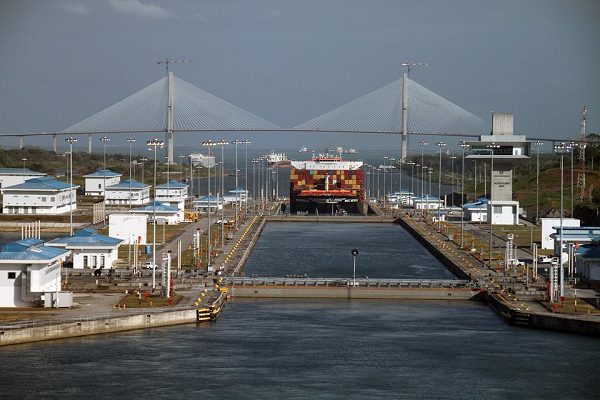 The Panama Canal has a total length of 81.3 kilometers, the narrowest point is 152 meters, and the widest point is 304 meters. The area that extends from the center line of the Canal to both sides for 16.09 kilometers is the Panama Canal Zone, with a total area of 1,432 square kilometers.

Design of The Panama Canal

Ships must overcome the 26-meter water level difference through the Panama Canal, relying on the Miraflores, Pedro Miguel, and Gatun locks. The Panama Canal has an ingenious system of locks that allow passing ships to flow down the water by gravity. The length, width, and depth of each sluice are the same, 20 meters (65 feet) wide, 2 meters (6.5 feet) thick, and vary in height from 14 to 25 meters (46 to 82 feet). Each set of locks is paired, allowing ships to pass simultaneously in both directions.

The Panama Canal is also unique in its fantastic design. First, the canals flow fresh water, which ensures the independence of the seas of the Pacific and Atlantic, as well as the marine flora and fauna. In addition, Gatun artificial lake is used for water storage, ensuring that rainfall and surface water from the surrounding rainforest eventually drain into the Canal. There are also special electric locomotives on both sides of the lock to haul ships through, ensuring they navigate precisely in the correct position. 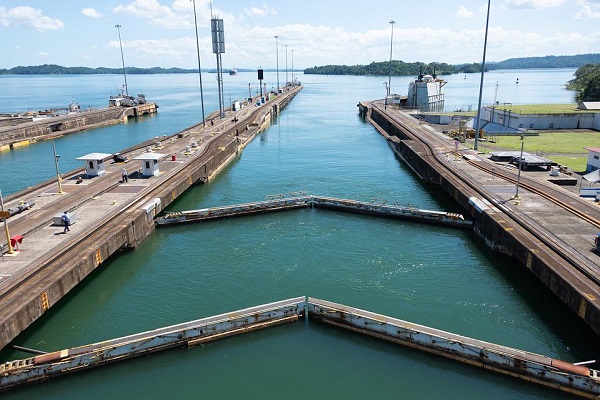