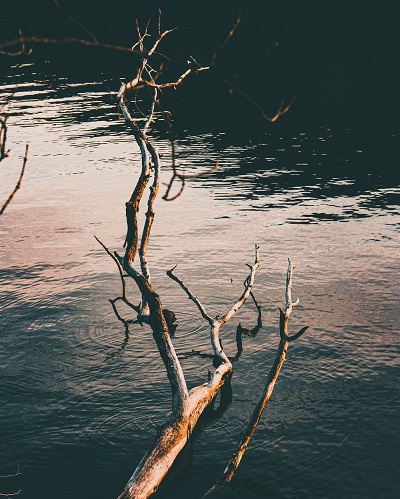 Tardigrades are microscopic organisms that mainly live in the sediments of freshwater, moist soils, and the water film of bryophytes. A few species live in the intertidal zone of seawater. There are about 300-400 known species. Many of these species are cosmopolitan, found in the arctic, tropical, deep ocean, hot springs. They can be found in the Himalayas (above 6000 m) or the deep sea (below 4000 m). In addition, humans have also discovered for the first time that water bears can survive in a vacuum.

This creature is extremely tolerant of adverse environments. In drought, they can reduce the water content in the body from the normal 85% to 3%, and their bodies shrink. Tardigrades can withstand harsh environments for years in this state, such as extreme temperatures, ionizing radiation, hypoxia, etc. When the environment improves, the body recovers again, and this phenomenon is called cryptobiosis.

When viewed under a microscope, tardigrades are called "water bears" because of their appearance. They can survive in almost all environments, even exposed to space or in the Himalayas volcanic lava. The following post will explain more interesting facts about tardigrade.

The tardigrade, better known as a water bear or moss piglet, is the real star in the race of survival. This eight-legged, water-dwelling animal is closer to nematodes than they are to their look-alikes, the arthropods, but we don't see them there most of the time. Water bears are tiny, ranging from 50 microns to 1.4 mm, and generally require magnification tools to observe clearly.

Water bear has four pairs of stubby appendages with claws at the ends. The body surface is epidermal and sheds periodically. The ventral surface is flat, and the back is raised, moving slowly by crawling. Dioecious are oviparous, develop directly, and a small number of water bears are present in the activated sludge.

Tardigrades are also divided into two types: terrestrial and aquatic. Aquatic tardigrades live in shallow sea areas, while terrestrial tardigrades have a powerful ability to adapt to the extreme environment. They feed on the fluids of plant and animal cells, piercing their cell walls and membranes with the help of primitive piercing mouthparts, called stylets. Some water bears are known to engulf entire live organisms, such as rotifers. Tardigrades even eat other tardigrades.

Tardigrades are tiny invertebrates that range from 0.05mm to 1.2mm (0.002 to 0.05 inches) in length. Newly hatched tardigrades maybe even smaller than 0.05 mm. The smallest, Echiniscus parvulus, was born at just 50 microns. The largest Macrobiotus bufelandi is only 1.4 mm. You would need microscopic vision to see these impeccable wonders of nature.