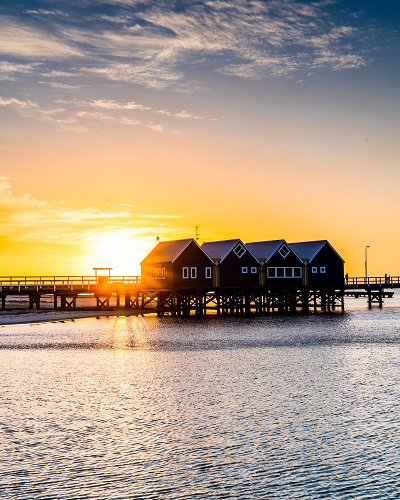 In Western Australia, there is a famous bridge. It does not connect the two shores like an ordinary bridge but stretches straight to the ocean. The Busselton Jetty is located 220 kilometers south of Perth, about 3 hours away. It has the longest wooden piers in the southern hemisphere, extending from the coast to the sea. The jetty entrance is located on the main swimming beach, a short walk to Busselton High Street.

There are train tracks on the plank road, which were used for docking and unloading ships. However, the wood soaked in the sea was damaged as time passed. Now the train on the bridge is only for tourists, which is the prototype of the red train in Hayao Miyazaki's manga "Spirited Away." Visitors can also find an underground aquarium at the end of the bridge and the underwater observation station 8 meters deep into the sea.

The clear water and the pleasant sea breeze make it a gathering place for water sports and sunbathing enthusiasts. In the following article, let's learn more about the features and size of this historic wooden bridge.

Description of the Busselton Jetty Size

Located at the southern tip of Western Australia, Busselton has twice been voted the best tourist city in Western Australia. In this small seaside town, there is the second-longest wooden jetty in the southern hemisphere, the Busselton Jetty, which has a history of 153 years. The first section of the Busselton Jetty was opened in 1865, and multiple expansions in the 1960s stretched it to an incredible length, stretching over 1.8 kilometers from the shores of Joe Graffie Bay into the far water, straight into the sheer turquoise waters, which is spectacular scenery. It took more than a century and a $27 million refurbishment to expand and build more facilities, such as an interpretive center, swimming pool, diving platform, and several heritage sculptures. 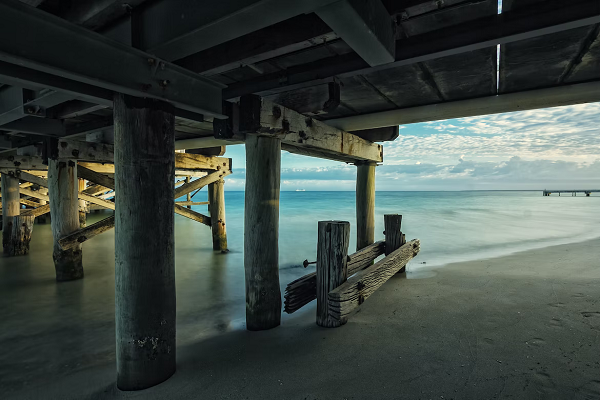 Length of the Busselton Jetty

The Busselton Jetty was built in 1865 and was originally only 161 meters long, with an additional 131 meters being added in 1875. Further extensions were made throughout the following 150 years, creating the remarkable 1,939 meters in final length.

Activities on the Busselton Jetty

The Busselton Jetty is a historic wooden jetty, so the sturdy piers that have been immersed in seawater for a long time have become home to underwater corals, swimming fish, and plants. A sign at the end of the Busselton Jetty stands alone on the sea. This distance indicator shows the depth of the sea where you are at the moment and the distance from various important cities worldwide. The unique scenery and interesting activities make the Busselton Jetty one of the most popular attractions. 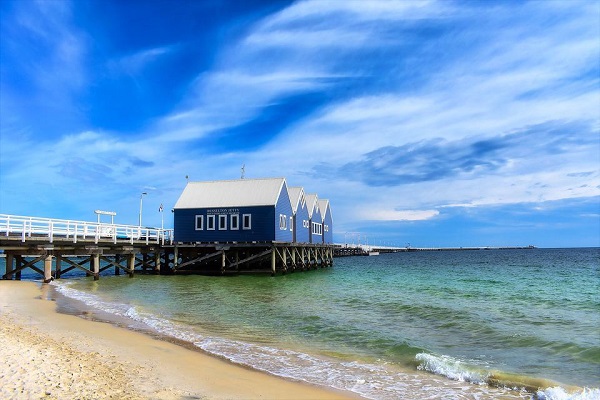 A track runs through the Busselton jetty, and the red sightseeing train travels back and forth at sea, which is the best way to experience the beauty of the jetty. It is the prototype of Hayao Miyazaki's comic "Spirited Away," known as "the most beautiful sea train" - Stocker Preston Express. It made its maiden voyage in June 2017 and is Australia's first solar-powered electric train.

The Underwater Observation is located 8 meters below the water surface, with 9.5 meters in diameter. The breathtaking environment under the sea is different from the land. You can dive down the sea below the 150-year-old Busselton Jetty with a diving helmet. There are 11 transparent observation windows, and you can enjoy Australia's largest artificial coral reef at different levels. More than 300 kinds of colorful marine life live in this vibrant underwater forest, which is the most authentic underwater world. 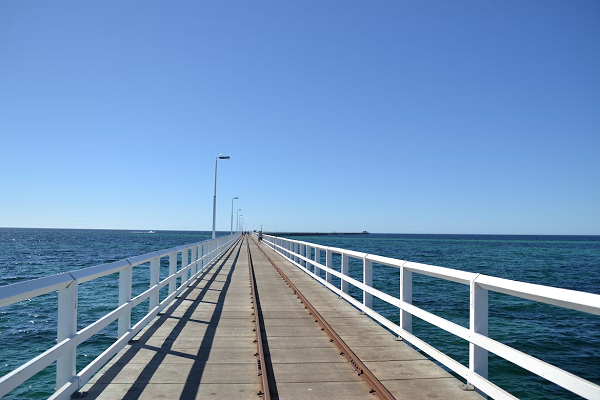 After hundreds of years of wind and waves, storms and fires, the Busselton jetty is still full of charm. Take a stroll on the jetty, or take the train to the Underwater Observation Station, where you can admire Australia's largest artificial reef. There is also a chance to encounter wild dolphins when you walk on the bridge. The bright fiery red contrasts sharply with the pure blue sea on both sides, and passengers feel like they are in a movie scene.