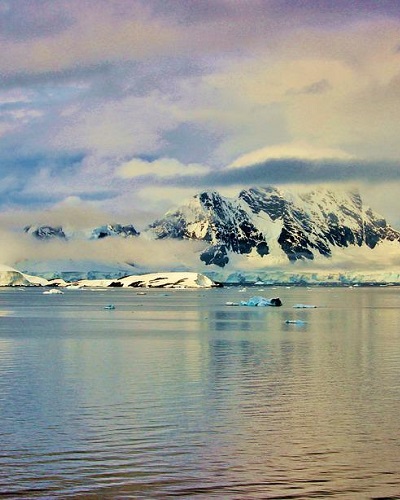 Mount Vinson is the highest peak in Antarctica, at 4892 meters. It is located at 78° 31′ S latitude and 85° 37′ W longitude. It is also the main peak of the Ellsworth Mountains, between Sentinel and Heritage Ridge, overlooking the Ronne Ice Shelf.

Although Mount Vincent is not high, it is part of the 7 Summits and was the last discovered, last climbed, and last named of the Seven Summits. It requires climbers to have enough experience to deal with extremely low temperatures, high winds, and high altitudes.

In 1935, the American explorer Lincoln Ellsworth discovered the massif; some mollusk fossils, including trilobites and brachiopods, showed that the climate was mild during the Cambrian period. On December 17, 1966, the U.S. mountaineering team, led by leader Nicholas B. Clinch, made its first ascent of the peak. Read the following post to learn more about the highest mountain in Antarctica.

The Vinson Massif is a large, 21km long massif in the Sentinel Range with the highest peak in Antarctica: Mount Vinson. The mountain lies within the Ellsworth Mountains, 700 nautical miles from the South Pole. Mount Vinson is steep and slopes gently to the northwest, and most are covered with snow and ice all year round, making traffic difficult. The temperature in summer is about minus 40 degrees, which is called the "death zone." Adventure Consultants pioneered guided ascents of Mount Vinson in 1990 and has been operating successful trips to the mountain ever since. 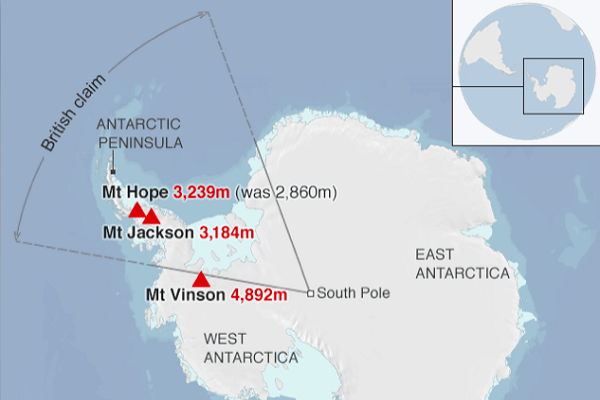 Antarctica is the coldest, driest and windiest continent and has the highest average elevation of all the continents. Cold air slides sharply from the continental plateau along the slopes of the continental ice sheets, creating high-velocity winds near the ground. Even the warmest months often have winds of more than 160 kilometers per hour. And almost all precipitation is snow and hail. Due to Antarctica's freezing climate and poor soil quality, very little vegetation has been able to grow and survive on the continent. Therefore, plant diversity is also very low throughout the mountains. It is also little to no wildlife found in the Ellsworth Mountains.

There are many volcanoes in West Antarctica, and there are more than 30 in Mary Bird Land alone. Most of the islands near the Antarctic Peninsula are composed of black igneous rocks, rugged rocks, and strange peaks. In most of West Antarctica, the bedrock surface is below sea level; that is, the land under the ice sheet is lower than sea level, and it is even 2000 meters below sea level in some places.

Mount Vinson is the highest mountain in Antarctica and reaches 4892 m (16,049 ft). Temperatures in the Ellsworth Mountains average around -30 °C (-20 °F). The best months for expeditions are December through February. 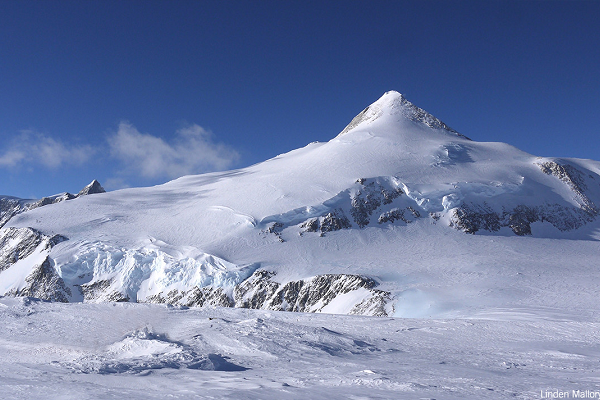 As one of the Seven Summits, the Vinson Massif has gained much attention in recent years and poses an epic challenge for enthusiastic climbers. Each year, a large number of climbers fly across the Drake Passage and over the sprawling icy interior of Antarctica to reach Vinson Base Camp; they will climb Mount Vinson with the most experienced and widely regarded guides in the world. Experienced mountain guides will develop a suitable climbing speed and daily climbing plan for you based on safety and goals. Climbing Mount Vincennes is a unique self-challenge.