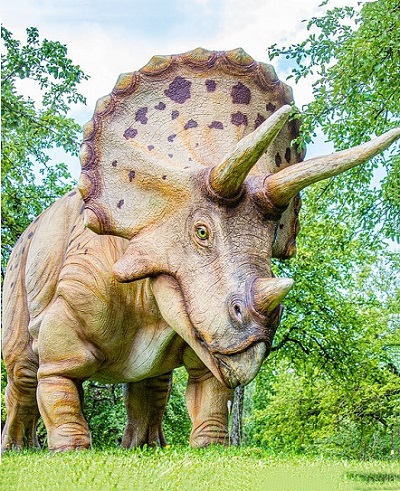 Triceratops (scientific name: Triceratops horridus) is a genus of herbivorous dinosaurs belonging to Ceratosaurididae. Fossils are preserved in the Late Cretaceous Late Maastricht strata in North America, about 68 million to 65 million years ago. There are already two valid species: T. prorsus and T. horridus, although many other species have been named.

Triceratops is one of the last dinosaurs to appear and is often used as a representative fossil of the Late Cretaceous. Triceratops is also one of the most famous dinosaur species, with many popular characters in popular culture.

Triceratops is the best-known ceratopsids, though the genus's exact placement within the group has been a point of contention amongst paleontologists. It was one of the last dinosaur genera to appear before the great Cretaceous and Tertiary extinction event. The Triceratops is one of the most recognizable dinosaurs, with a large bony frill and three horns on its large four-legged body and conjuring similarities with the modern rhinoceros.

A complete Triceratops skeleton has yet to be found. However, the animal is well-known from numerous partial remains collected since the introduction of the genus in 1887. The first specimen to be named Triceratops was discovered near Denver, Colorado, in 1887 and consisted of a skull top with a pair of frontal horns attached to it. Triceratops was officially named and described by American paleontologist O.C. Marsh in 1889. The solid skull of the Triceratops has preserved many, many fossils, allowing scientists to study changes between species and individuals. 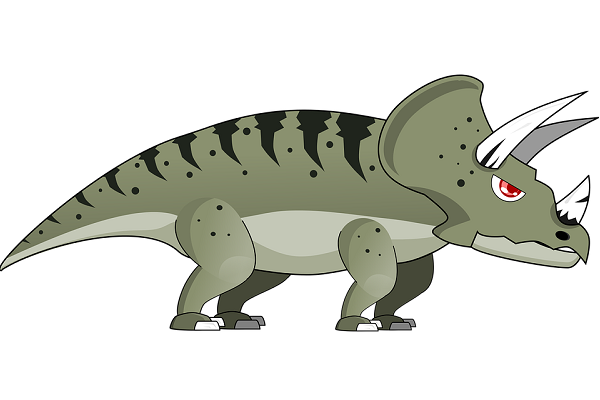 Triceratops was a medium-sized quadrupedal dinosaur. They have a very large bony frill and three horns. The function of their frills and three distinctive facial horns has long inspired debate. Although traditionally viewed as defensive weapons against predators, the latest theories claim that it is more probable that these features were used in courtship and dominance displays.

Their large skull can grow to over 1.5 meters. Triceratops had a horn above the nostrils on the snout; and a pair of horns above the eyes, over 80 cm. Behind the skull is a relatively short bony shield. Although Triceratops were quadrupeds, their posture has long been debated.

Triceratops fossils are rarely found in groups, suggesting they lived solitary lives. Triceratops was an herbivore, existing mostly on shrubs and other plant life. According to a study, its beaklike mouth was best suited for grasping and plucking rather than biting. They had beaklike mouths and powerful jaws lined with rows of sharp and complex teeth to shred and grind low-lying vegetation. 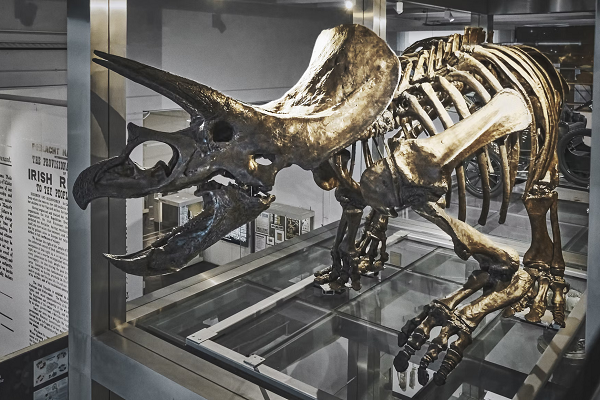 Triceratops is the most commonly recovered dinosaur in the uppermost Cretaceous deposits of western North America. These fossils show that Triceratops walked the Earth around 68 million years ago, evolving right at the end of the Cretaceous period. Triceratops was a direct contemporary of T. rex. The classic scene of a battle between a Tyrannosaurus and a Triceratops is one that you see a lot in movies, which is probably something that did happen.