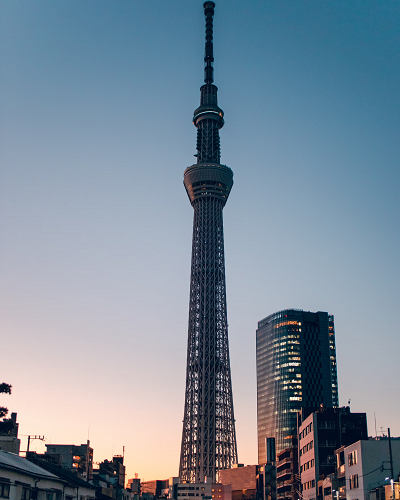 Tokyo Skytree is a radio tower located in Sumida, Tokyo, Japan. It was jointly prepared by Tobu Railway and its subsidiary Tobu Tower Skytree. It was completed on February 29, 2012, and officially opened on May 22.

The purpose of building the Tokyo Skytree is to reduce the radio wave transmission barriers caused by the high-rise buildings in the center of Tokyo. After the termination of the analog TV service in Japan on July 24, 2011, it is necessary to build a 600-meter-high tower. The tower replaced Tokyo Tower (333 meters) as the signal transmission station for digital wireless television.

The final height of the Tokyo Skytree is 634 meters. It was certified by the Guinness Book of World Records as the "world's tallest tower" on November 17, 2011, becoming the world's tallest tower building and the world's second tallest artificial structure, only after the Burj Khalifa in Dubai. This post will share more interesting facts about the Tokyo Skytree size.

Description of the Tokyo Skytree Size

The tower is located in the Narihirabashi / Oshiage area of the Sumida district in the capital city Tokyo. Construction of the Tokyo Skytree began in July 2008, costing 65 billion yen, and more than 580,000 workers took effort into the building. The base of the Tokyo Skytree is a triangle, which gradually turns into a circle upward, and there are observation decks at 350 meters and 450 meters. Next to the main body of the iron tower, there is another annex building with 32 floors above ground and three floors underground, named Tokyo Skytree East Tower), which is entrusted by the owner Tobu Railway to manage the management of the residential and commercial buildings. It is mainly used as a business building with a parking lot of about 1,100 spaces. 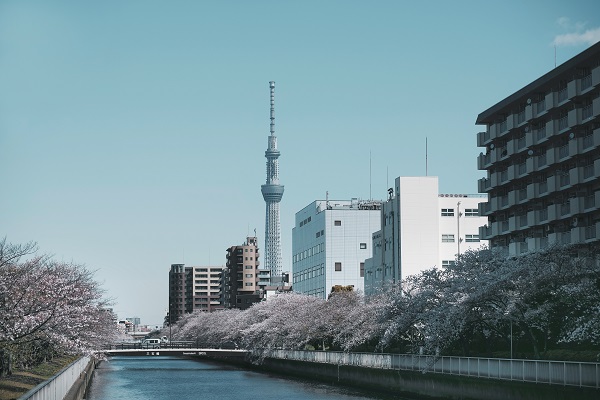 Initially, the Tokyo Skytree had a predetermined height of 610 meters; it was changed to 634 meters on October 16, 2009, with a total of 32 floors and 13 lifts. The first observation deck, Tembo Deck, is at 350 meters, including restaurants, cafes, shops, etc. The floor is made of transparent tempered glass weighing 800 kg per square meter. The second observation deck, Tembo Galleria, is 450 meters high, where you can enjoy the great night view of Tokyo. Tembo Galleria has a total length of 110 meters and circles the Skytree in a loop. 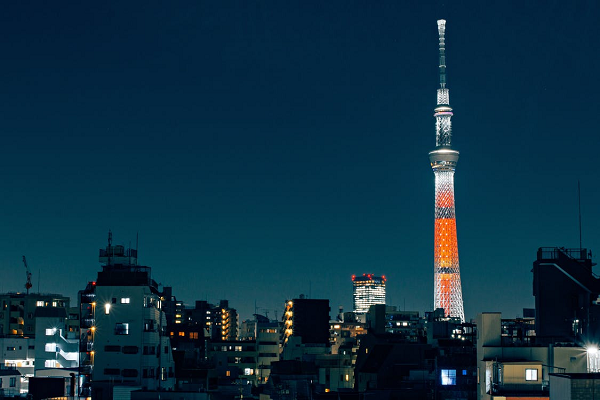 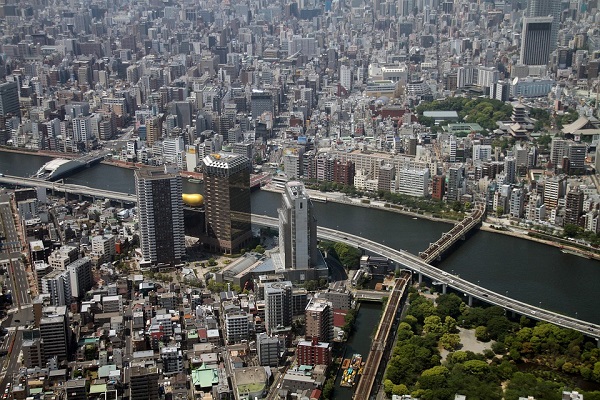 The Tokyo Skytree business district is a sprawling entertainment complex covering several blocks with shops, restaurants, aquariums, and planetariums. The Tokyo Skytree itself is not only one of the most famous attractions but also is used as a hub for terrestrial digital TV and radio broadcasting and as an observation tower. It has an aquarium, theatre and cooling, and heating facilities. The world's tallest tower has also become a symbol of the area.