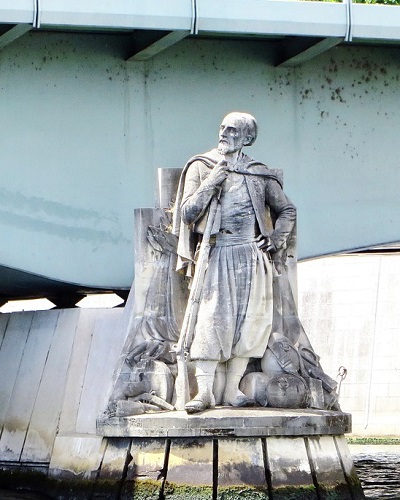 The Alma Bridge (French: Pont de la Alma) is a famous bridge over the Seine River in Paris, France. "Alma" is a river in Crimea; in 1854, the British and French troops and the Russian army fought on the banks of the Alma River; in 1856, the French army triumphed, and just when the bridge project was completed, Napoleon III named "Alma Bridge" to commemorate the victory of the battle.

The bridge is famous worldwide because of an important historical event. In the early morning of August 31, 1997, Princess Diana's Mercedes-Benz car lost control while traveling to the highway tunnel under the Alma Bridge. It collided with a concrete pillar in the center of the road. After Princess Diana's death, the Pont de l'Alma on the Seine became the focus of the world's attention. The British media even named the place "Britain's Sad Place."

Alma Bridge is an ideal spot to enjoy an unobstructed view of the Eiffel Tower; walk across the bridge to view the Eiffel Tower and the plaza with lush mini forest. And you can find the famous Zouave statue on the east side. Let's find out more facts about the size and design of this old bridge.

Size and Features of The Alma Bridge

The Pont de Arma was originally built between 1854 and 1856 and was inaugurated by Napoleon III on April 2, 1856. At that time, every bridge pier was decorated with statues of military figures: light infantry, grenadiers, vanguards, and artillerymen. From 1970-1974, the road bridge was completely rebuilt because it was too narrow to accommodate the increasing traffic; only the light infantry statue remained. Pedestrian pathways are on both sides of the bridge.

The statues served as water gauges and dams when the Seine flooded. When the water level of the Seine reached the foot of the statue of the light infantry, the government closed the river barrier for pedestrians. The river is not navigable when the water reaches the statue's thigh. During the great flood of the Seine in 1910, the water reached the shoulders of the statues of light infantry. However, French officials use the Bridge of Tournai to measure the flood level, not the Alma Bridge. 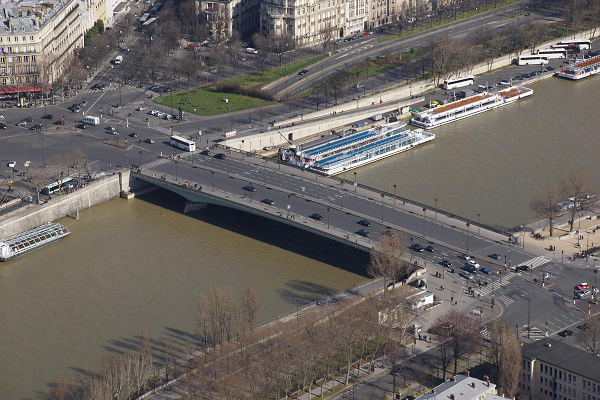 Measurements of The Alma Bridge

The current Alma Bridge is a road bridge made of steel across the Seine. It is an arc-shaped bridge with a dimension of 142.5 meters in length and 42 meters in width. The arch bridge has a height restriction of 3.4 meters.

A torch called "The Flame of Liberty" (French: Flamme de la Liberté) was built in 1987 at the end of the bridge and was initially unremarkable; the torch naturally became an unofficial memorial to Princess Diana after her death. Many people misunderstood that the torch was erected in memory of Princess Diana. Every year on Princess Diana's death anniversary, mourners worldwide will spontaneously gather at the Alma Bridge to pray and bless, holding the princess's favorite carnations and tulips. And the Alma Bridge was also known to the world because of Princess Diana.

The current Alma Bridge was rebuilt in the 70s. Although it is not the most beautiful bridge in Paris, it is great architectural work. There is a spectacular view of the Eiffel Tower from the bridge. Fans of Diana may also pay respects at the Princess Diana Memorial Garden in the Marais. Several metro lines can arrive at the Alma Bridge: the bridge's north end is the Alma - Marceau metro station, and the south is by the Pont de l'Alma RER station.