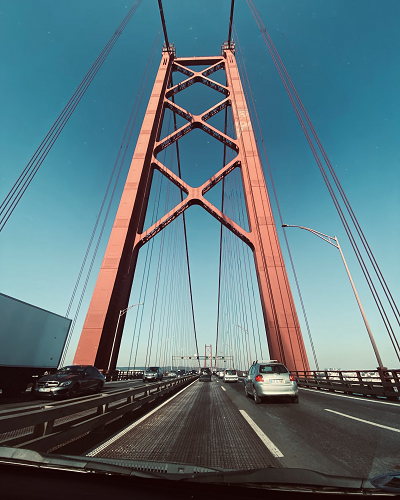 The 25 de Abril Bridge (Portuguese: Ponte 25 de Abril) is like a red ribbon connecting Lisbon, the capital of Portugal, to Almada on the left side of the Tejo River. It opened to traffic on August 6, 1966, and the train lanes were added in 1999. The bridge was originally named Salazar Bridge until 1974; the 25 de Abril was named in honor of the "Carnation Revolution."

The bridge connects Lisbon and the city of Almada. On the top of the mountain in Almada, a Christ with open arms stands tall here. People who sailed in those days always sat under this sculpture to explore the unknown world. From the bridge, you can overlook the whole of Lisbon and the Tejo River flowing quietly; the scenery is magnificent. Let's find out more details about the bridge's size.

The 25 de Abril Bridge was the longest in Europe, the third longest suspension bridge in the world, spanning both sides of the Tejo River, which connects Lisbon with the city of Almada. It connects to a 945 meters (3,100 feet) long viaduct on its northern side. It has six lanes on the upper level and a double-track railway on the lower level. The bridge was made of nearly 82,000 tons of steel and is about 70 meters high from the Tejo River; its iconic red body has been painted with 600,000 square meters of paint. The bridge is one of the most famous landmarks of Lisbon.

The bridge was completed in 1966 and was originally named after the then dictator Salazar. Later, Portugal overthrew the dictatorship of Salazar on April 25, 1974 ("Carnation Revolution"). To commemorate the historical moment when the Portuguese people overthrew the military government and established democracy, the Salazar Bridge was renamed the "25 de Abril Bridge". 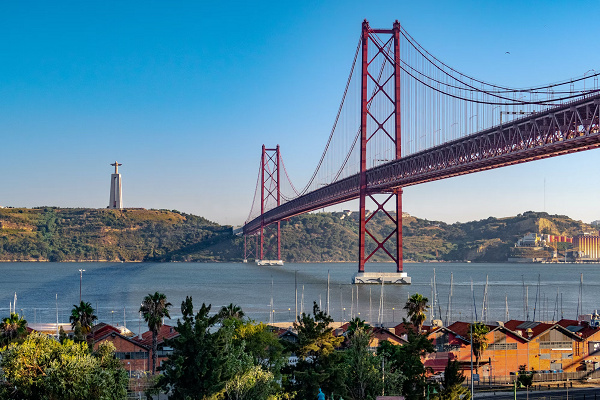 Dimensions of The 25 de Abril Bridge

The 25 de Abril Bridge has a total length of 2,277.61 meters, making it one of the longest cable-stayed bridges in the world in the 21st century. The bridge has a central span of 1,012.88 meters and two lateral spans of 483 meters each. The two main towers are 190 meters tall, and the drop from deck to water is 70 meters. 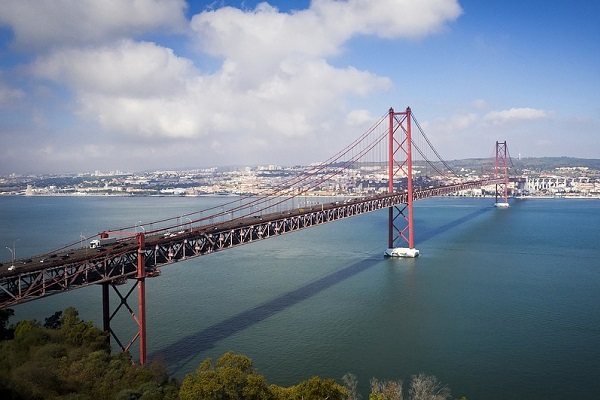 Today, the 25 de Abril Bridge has experienced more than 60 years of wind and rain, and it still glows in red, hanging over the Tejo River like a red ribbon, becoming a beautiful landscape in Lisbon. The bridge carries trains and cars and only has a toll for the northbound route. Around 150,000 cars and over 150 trains cross the bridge daily on the two rail tracks and 6 car lanes. People can go to the panoramic viewing platform to watch the 25 de Abril Bridge and overlook the Belém district there. All the landmarks convey the spirit of the people of Lisbon to explore the unknown.

The Dom Luís I Bridge Size