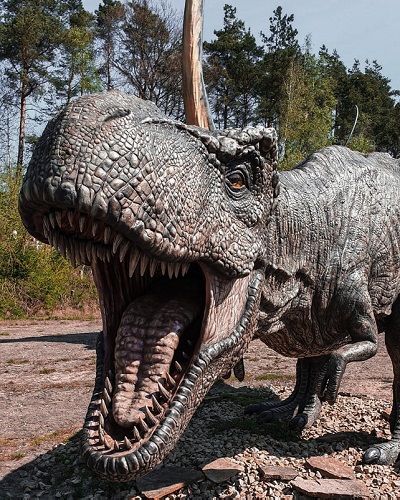 In 1902, Barnum Brown, an American dinosaur fossil collector, discovered a giant carnivorous animal skeleton in Hale Creek, Montana, USA. What he found were the bones of the first Tyrannosaurus rex. On December 25, 2013, British and Australian researchers said that a Tyrannosaurus rex pubic bone fossil was found in Australia; evidence shows that Tyrannosaurus rex also lived on the southern hemisphere continent.

T. Rex was one of the biggest carnivores (meat-eating dinosaurs), but not the biggest. Giganotosaurus, Spinosaurus, and Carcharodontosaurus were bigger. They lived about 65 to 70 million years ago - in the late cretaceous period. Tyrannosaurus Rex had powerful back legs that let it hunt prey over short distances at up to 20mph (32 kph), and their flexible neck helped them adjust the angle of attack.

Judging from the skull of Tyrannosaurus rex, its teeth are cone-shaped, suitable for breaking bones, while most of the teeth of carnivorous dinosaurs are primarily used for piercing and cutting. Its skull structure shows that the hunting behavior of Tyrannosaurus rex may be different from that of most dinosaurs. Tyrannosaurus rex has very small forelimbs, which are only 22% of the hind limbs, and the length of an average individual is only about 80 cm. Tyrannosaurus rex was at the top of the food chain in the late Cretaceous period, when all kinds of dinosaurs in North America could become prey. 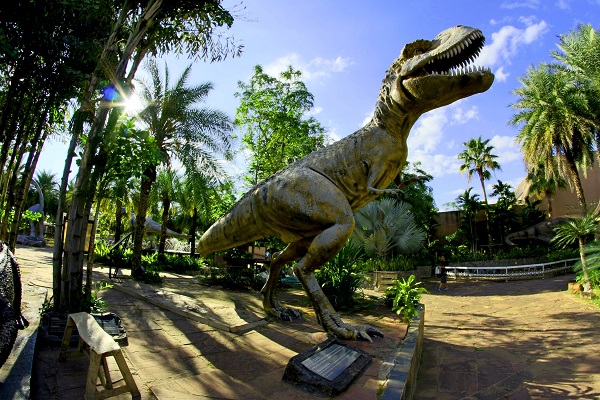 A team of paleontologists confirmed that the dinosaur fossil discovered in western Canada in 1991 is the largest Tyrannosaurus Rex ever discovered in the world. The Canadian University of Alberta team stated that the Tyrannosaurus rex named "Scotty" was 13 meters long and weighed more than 8,800 kg, surpassing all carnivorous dinosaurs found in the past. On May 18, 2019, the skeleton of the world's largest Tyrannosaurus Rex "Scottie," was exhibited in Saskatchewan, Canada. 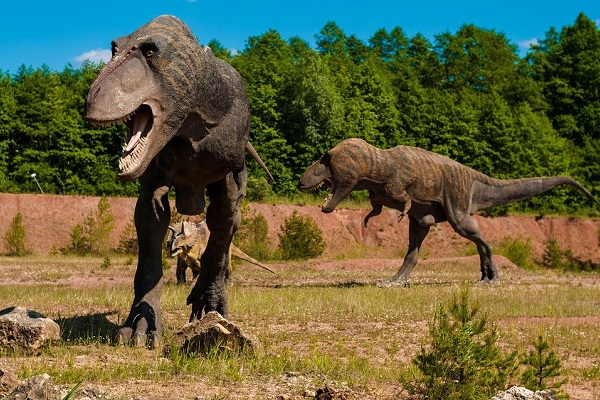 After being named in 1905, Tyrannosaurus rex has become the most widely known dinosaur. It is also the only dinosaur that is often called by the full name "Tyrannosaurus. rex", and the abbreviation of the scientific name "T.rex" is also often used.