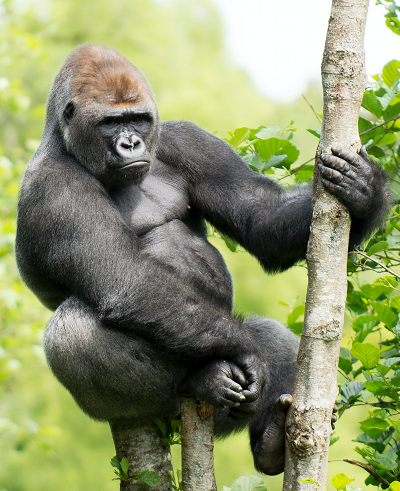 Gorillas are the largest and strongest primates on earth and belong to protected wild animals, mainly distributed in Africa. Gorillas are gregarious animals, each led by an adult male gorilla, and are highly territorial, using force to defend their territory if other species invade.

The gorilla is called the "silverback" because some males have white hair on their backs. Gorilla species are sexually dimorphic, meaning there is a significant difference in size between adult males and females. Sexual dimorphism is a key piece of gorilla information that helps you understand why only some become silverbacks. 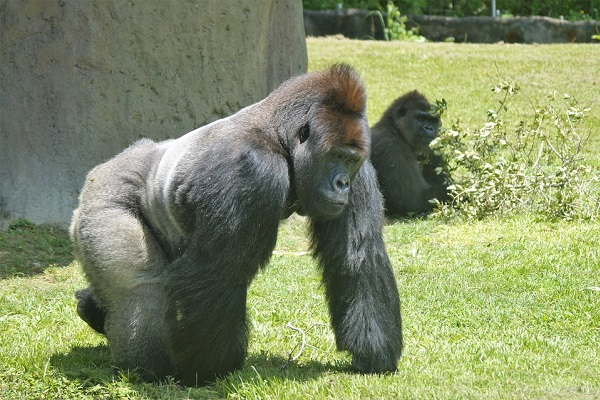 Gorillas have the longest gestation period besides humans among the primates, reaching 255 days. The interval between productions is typically three to four years. Newborns weigh about 2 kilograms but grow faster than human babies, and cubs typically live with their mothers for three to four years. Females are sexually mature at 8 to 12 years old, and males are 9 to 13 years old. The average lifespan of gorillas is 30 to 50 years.

Gorillas are a primate closely related to humans and related to orangutans, chimpanzees, and bonobos. The term “silverback gorilla” usually refers to the dominant male gorillas of each troop because of the grey fur on their backs. Females of the same species do not have this distinct color pattern. All gorilla subspecies are listed on the IUCN Red List. There are only 100,000 to 150,000 wild gorillas globally due to the rampant killing of illegal hunters. The most threatened is the mountain gorilla, whose number is estimated to be only 400 to 700.