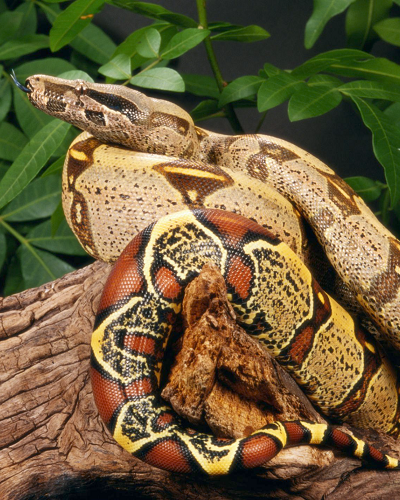 Red Tail Boa (scientific name: Boa constrictor) is a non-venomous snake, mainly distributed in Central America, South America, and some islands near the Caribbean Sea; it feeds on reptiles, mammals, and birds. A total of 10 subspecies have been identified so far, and the Red Tail Boa has a variety of colors and a large size, making it a very eye-catching snake.

Nowadays, Red Tail Boas are among the most popular pet constrictors and Ball Pythons, Carpet Pythons, and Rosy Boas. Most Red Tail Boas sold on the market are Columbia red-tailed anacondas, and most of the mutant varieties are cultivated with this subspecies.

Red Tail Boas cannot eat human beings despite their size, and they are not venomous or dangerous. You will need to know several important things if you are interested in keeping one. Remember that these snakes are not for beginners.

Red Tail Boas are easily identified by their vivid red tail markings. Generally, we can expect to see a base color of brown, tan, or gray, with darker patches of brown and black. These are referred to as "Saddles." These saddle markings become red as they get closer to the tail. Many have ruby-red markings on most of their tail. Unfortunately, they are hunted for their beautiful skin, which has led to some subspecies being considered threatened and protected. Nowadays, Red Tail Boa has many body-color manifestations under artificial cultivation, such as albino and salmon colors. 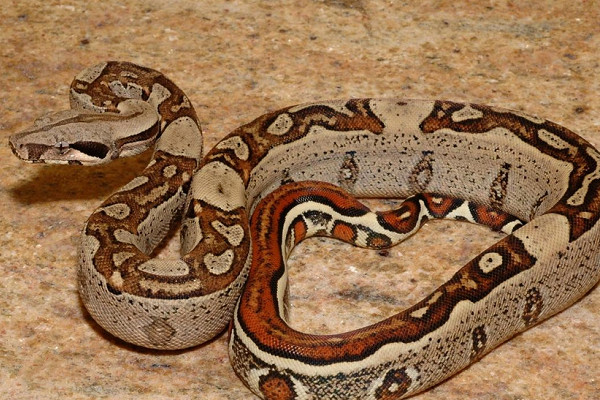 Red Tail Boas have all the signature traits of a standard boa. They are relatively large snakes with a girthy and muscular build. The size of the adult Red Tail Boa is quite different, and the body size of each subspecies is not consistent. The Red Tail Boa distributed in South America has a longer body. Generally speaking, red-tailed boas with a length of more than 3m are considered giant snakes.

Red Tail Boas are very adaptable and capable of living in areas with different altitudes and humidity and are active from tropical rain forests to dry areas throughout Latin America. Red Tail Boa juveniles will climb among trees or dwarf trees, but as they grow and gain weight, they will crawl mainly on the ground. The Red Tail Boas in Central America have a more violent temperament, being easily provoked and hissing at the enemy, and even attacking easily. However, the species in South America is tamer.

Red Tail Boas hunt a wide range of targets, including many species of mammals and birds, especially rodents. They may also prey on large lizards, and even tiger cats may be one of their prey objects. It is common to see this species around human habitations since they eat rodents and pests.

Red Tail Boa is a polygamous ovoviviparous snake. A litter can produce 10-50 small snakes, and the older it is, the more the number of reproduction. They are sexually mature at 3-4 years of age and usually mate between April and August in the dry season, with a gestation period of about 100-120 days. Juveniles are 38-51 cm long. The average lifespan for a Colombian red tail boa is 20 to 30 years in captivity.

Tank For A Red Tail Boa 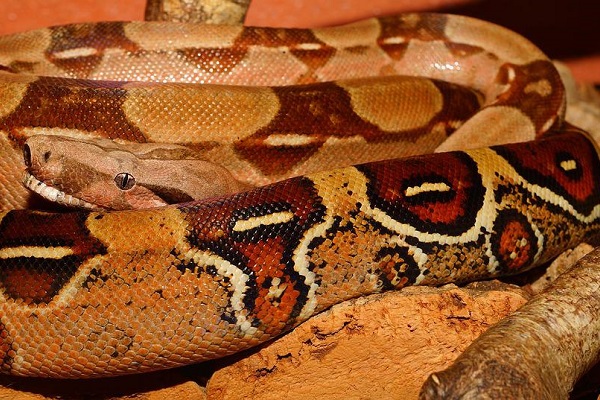 The snake growth must have a larger habitat. The habitat should be at least the snake's length to allow it to stretch out fully. Since these snakes like to climb trees sometimes, their habitats need some height for vertical climbing. Their tank should have a well-fitting screened top to allow adequate ventilation but prevent escape.

Red Tail Boas are magnificent animals and probably the best big snakes to keep as pets, but while we enjoy them, we still have to remind ourselves what to do to meet their living needs. In the United States, more and more red-tailed anacondas are showing up at pet shelters, mostly because their owners can't provide them with enough living space. If you are going to buy a Red Tail Boa, you should start with a pet crate suitable for adults and have the patience to take care of it forever.