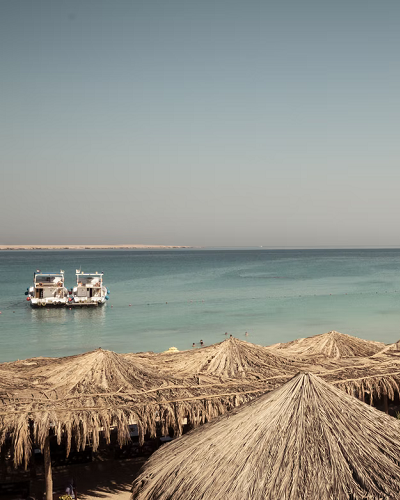 The Red Sea is located between northeastern Africa and the Arabian Peninsula. It is connected to the Mediterranean Sea through the Suez Canal and flows into the Gulf of Aden through the Strait of Mandeb. It is the sea with the highest salinity and an important oil transportation channel worldwide.

The Red Sea is directly translated from Greek, Latin, and Arabic. Most of the Red Sea is not red, but occasionally large patches of red algae appear seasonally, which may be one of the sources of its name. The Egyptians first discovered the Red Sea.

In the "Bible · Exodus," there is a story of Moses leading the Israelites across the Red Sea, but whether it was the Red Sea was questioned because the remarks in Exodus in the revised Bible are the Sea of Reeds, but there is no relevant archaeological evidence. This post will share more interesting facts about the Red Sea.

The Red Sea is an intercontinental sea in the Indian Ocean, the northern extension of the Great Rift Valley in East Africa. The Red Sea is one of the youngest oceans in the world. It was formed about 20 million years ago. According to the theory of plate tectonics, the Red Sea is located at the growth boundary between the African Plate and the Indian Ocean plate. The expansion of the sea floor has caused cracks in the crust, magma continues to rise along the cracks, the rocks on the sea floor are heated, and the water temperature at the bottom of the sea is high. The Red Sea is the saltiest in the world because no rivers flow into the Red Sea, and the desert areas receive little rainfall.

The sea separates the coasts of Egypt, Sudan, and Eritrea to the west from Saudi Arabia and Yemen to the east. Both sides of the Red Sea are steep, with many coral reefs and few natural harbors. The seabed terrain is very rugged, the trough is complex and changeable, and the coastline is uneven. Due to the extensive growth of coral reefs, the navigable waterways are very narrow, and some port facilities are hindered. Blasting and dredging are required in the Strait of Mandeb to open the channel. 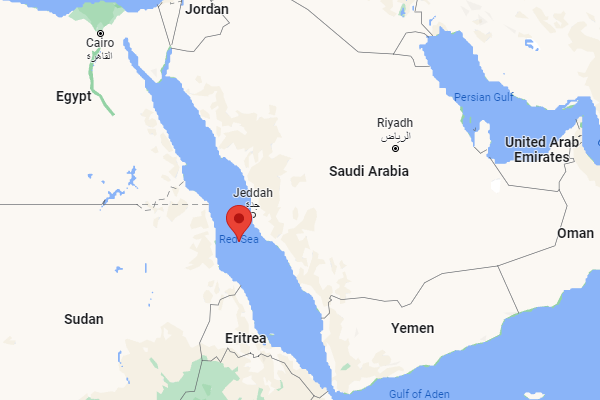 The Red Sea extends southeastward from Suez, Egypt, for about 1,200 miles (1,930 km) to the Bab el-Mandeb Strait, which connects with the Gulf of Aden.

The Red Sea is located in the Tropic of Cancer high-pressure belt. Due to the influence of the tropical desert climate in North Africa and the Arabian Peninsula, the climate is dry and hot all year round, with rare precipitation and high water temperature. The annual evaporation of seawater exceeds the amount of precipitation. Less rainfall and lack of freshwater infusion resulted in net evaporation of 2050 mm per year and high salinity.

The Red Sea has extensive shallow shelves, noted for their marine life and corals. It is the world's most northern tropical sea and is the habitat of over 1,000 invertebrate species and 200 soft and hard corals. 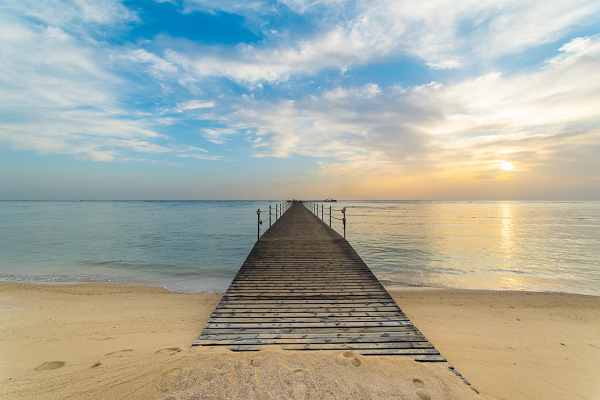 The Red Sea contains some of the world's hottest and saltiest seawater. With its connection to the Mediterranean Sea via the Suez Canal, it is one of the most heavily traveled waterways in the world, carrying maritime traffic between Europe and Asia. Normally, the Red Sea is an intense blue-green; occasionally, it is populated by extensive blooms of the algae Trichodesmium erythraeum, which, upon dying off, turn the sea a reddish-brown color. The Red Sea continues to expand at a rate of about 1 cm per year, and the Red Sea will become larger and larger in the future.