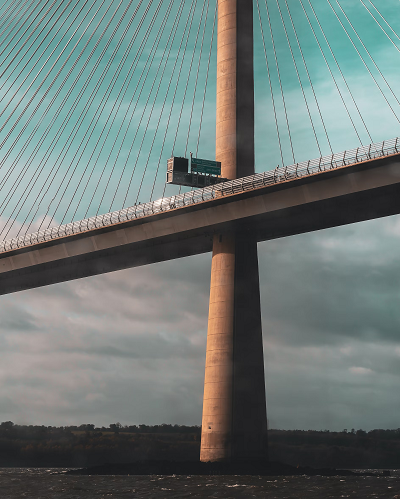 The Queensferry Crossing, formerly known as "Forth Replacement Crossing", is located in the Firth of Forth near Edinburgh. It is a sea-crossing road bridge and was officially completed on September 4, 2017. The Queensferry Bridge is next to the existing Forth Road Bridge and is the access road for the M90, connecting South Queensferry in Edinburgh with North Queensferry in Fife.

On the Firth of Forth, two historic bridges stand side by side: Forth Railway Bridge and Forth Road Bridge, the former is a famous railway bridge in the 1880s, the latter is the first long-span suspension bridge in the UK, opened to traffic in 1964. In order to alleviate the aging of the Forth Road Bridge and the decline of its carrying capacity, in December 2007, the Scottish Government announced a new bridge project, which will be a multi-functional cable-stayed bridge.

Description of the Queensferry Crossing Size

The Queensferry Bridge, which took six and a half years to design and build, is an impressive record-breaking structure that incorporates several design innovations and provides a fast, reliable roadway that ensures access in all weather conditions can remain open. The bridge opened to traffic in 2017 and is the largest infrastructure project in Scottish history. It forms the centerpiece of a major upgrade to the cross-Forth transport corridor in the east of Scotland, representing a total Scottish Government investment of over £1.3 billion. The overall "Forth Replacement Crossing" scheme is 22kilometers (13.7 miles) long, including major motorway upgrades to the north and south of the bridge. 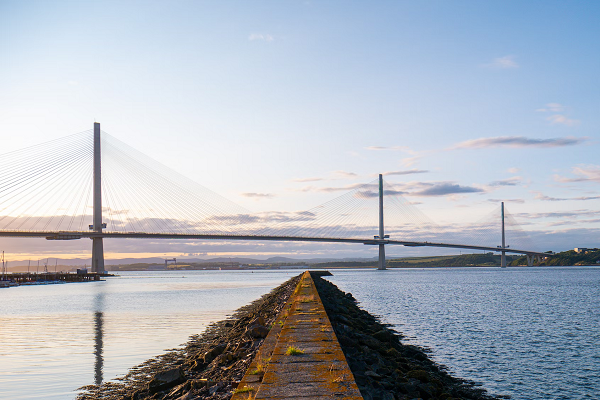 Dimensions of the Queensferry Crossing

Queensferry Bridge is a three-tower cable-stayed bridge. With a total length of 2,700 meters, the main span of 650 meters, and the highest bridge tower in the UK of 210 meters, Queensferry Crossing is the longest three-tower, cable-stayed bridge in the world and also by far the largest to feature cables which cross mid-span. The Queensferry Crossing is 207 meters above high tide (683ft), which is 50 meters higher than the Road Bridge. 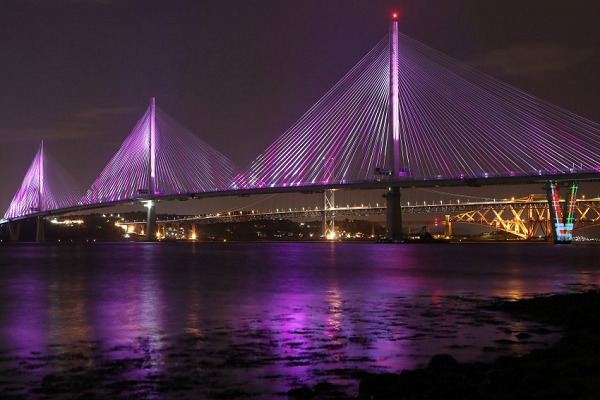 The Firth of Forth is the only location worldwide where three bridges, each built in a different century, operate together. The success of the whole project is related to the meticulous design and construction, as well as to the planning and management of the authorization and approval. A key transport link in E Central Scotland, the Queensferry Crossing represents the fifth bridge across the Firth of Forth and conveys most traffic between two regions. You can admire the ingenious lighting on the long bridge when driving past here at night.