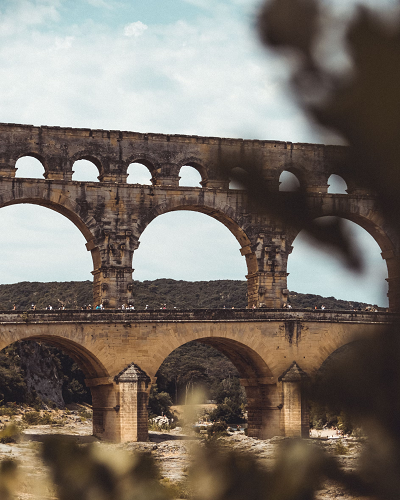 The Pont du Gard is a three-story stone arched bridge near the town of Vers-Pont-du-Gard in southern France. It was a high aqueduct built during the Roman Empire. During the ancient Roman period, the Pont du Gard crossed the River Gardon and led the water to Nimes, and then water flowed into public baths, fountains, and houses.

The Romans built the Pont du Gard for a clear and practical purpose: to transport fresh water for daily use. The Pont du Gard played an important role in developing ancient Roman human civilization and improving sanitary conditions.

The Pont du Gard is the tallest of all Roman aqueducts and one of the best preserved. It was added to UNESCO's list of World Heritage sites in 1985 because of its exceptional preservation, historical importance, and architectural ingenuity. This post will introduce more interesting facts about the features and parameters of this stunning architecture.

The Pont du Gard is located near Nimes, the capital of the French department of Gard. It was built in the 1st century AD to carry clean drinking water from over 50 km (31 mi) to the ancient Roman metropolis, Nimes. The Pont du Gard is a small part of this water transport project. Many channels are built underground, and a section on the surface needs to span the River Gardon, which is the purpose of the Pont du Gard.

According to historical data, the Pont du Gard construction all used local materials, limestone. The bridge has three floors. The middle and lower floors are the supporting and the passage bridge, and the uppermost floor is the closed canal. There are different numbers of arches on each floor, which was a rare work at that time. 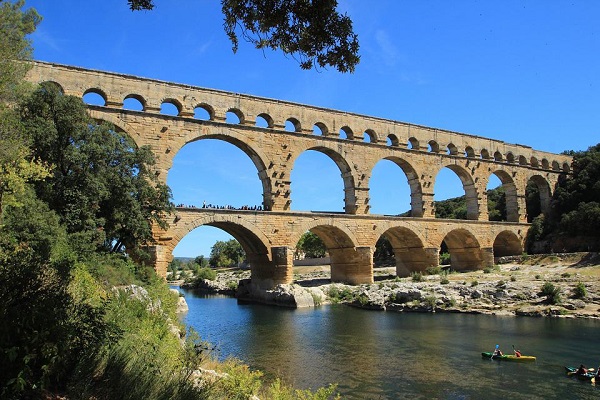 Length and Height of the Pont du Gard

The ancient Romans built the magnificent Pont du Gard to divert water across the valley at 50 meters above the river. It is 275 meters long on the longest top floor. The bottom floor has six arches with a height of 6.36 meters; this structure makes the bridge strong to resist the impact of the current; the middle floor has 11 arches, each 4.56 meters high; the top has 35 arches, 3.06 meters high. 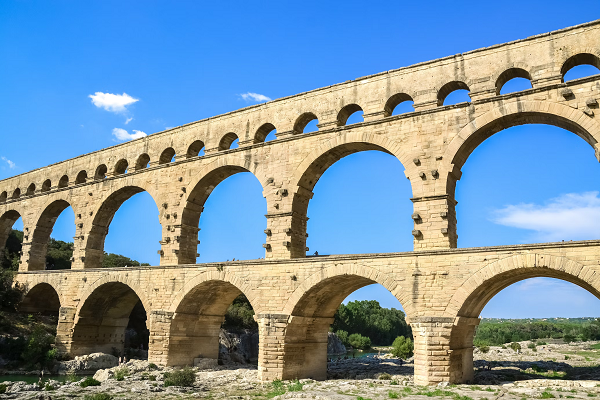 This three-floor Roman aqueduct is a gem created by Roman architects and hydraulic engineers. Aqueducts were one of the characteristics of urban construction in Roman times. The Pont du Gard was built and used for nearly 500 years and is still well preserved. It is also the largest of the Roman aqueduct bridges. The natural scenery around the bridge is beautiful; the surrounding residents also like to spend a pleasant holiday there during the high river water level in summer.