Pikes Peak is a former peak of the Rocky Mountains in the United States, located in El Paso, Colorado, 16 kilometers west of Colorado Springs. Although Pikes Peak is the 32nd highest peak in Colorado, with an altitude of 4,301 meters (14,110 feet), it has attracted countless mountaineers because of its ease of climbing, commanding location, and easy accessibility, and unparalleled views.

Pikes Peak stands on the edge of the Great Plains, the southeast corner of the Pike National Forest, and the famous Cripple Creek golden area to the southwest. An average snowfall of about 9.5 feet (3 meters) on the northern slope and 14 feet (over 4 meters) on the southern assures good skiing conditions, making it a famous ski area.

If you don't want to spend the time and effort to climb the peak, there are cog railways (14 km / 8.75 miles) and toll roads (29 km / 18 miles) to the flatter summit. This article will share more interesting facts about the Pikes Peak.

Pikes Peak is a monolithic monument named for explorer Zebulon Pike, whose travels left an indelible mark on the psyche of the American people and the Rocky Mountains. While Pike himself could never reach its summit, he was the first documented pioneer to try. The peak was encountered in November 1806 by Lieutenant Zebulon Pike, who abandoned his attempt to climb it because of snow and a lack of warm clothing.

If you don't have a vehicle or are not comfortably summiting Pikes Peak yourself, try Adventures Out West Jeep Tours, Pikes Peak Tours, or the Broadmoor Manitou, and Pikes Peak Cog Railway for a ride is a great way to reach the summit. Bicycling and running contests are frequently staged on the mountain, as is the Pikes Peak International Hill Climb, an automobile race held each summer.

Pikes Peak is a part of Rocky Mountain, and it is no stranger to racing enthusiasts because every June, the famous Pikes Peak Hill Climb Race is held here. The race starts at 1,440 meters above sea level and climbs to the summit of 4,302 meters. The Pikes Peak Hill Climb Race track is only about 20 kilometers in length. However, there are as many as 156 large and small turns and several straight roads that can be driven to a high speed of 200km/h, all of which are gravel roads without any anti-collision facilities. These are rigorous tests for the performance of the car and the driver's courage and skills. Nonetheless, the Pikes Peak Climb Race attracts as many as 160 intrepid drivers each year to compete for the championship, although the Pikes Peak Hill Climb is considered one of the most dangerous events in the racing world. 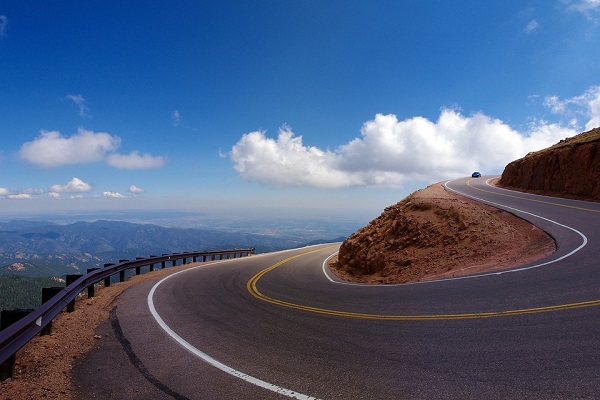 Pikes Peak is composed of a characteristic pink granite called Pikes Peak granite. Through the process of uplifting, the hardened rock pushed through the Earth's crust and created a dome-like mountain covered with less resistant rock. Years of erosion and weathering removed the soil and rock, leaving the exposed mountain. 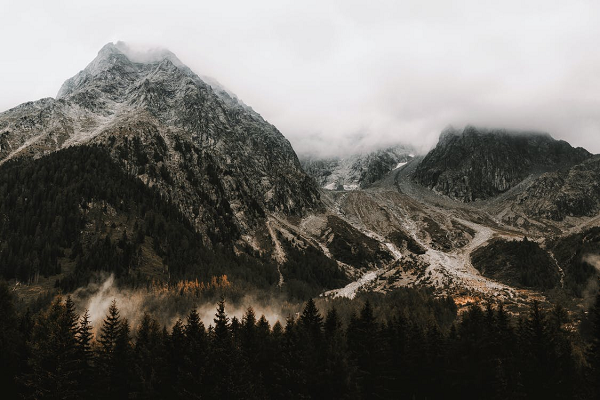 Pikes Peak in Colorado, USA, is the highest peak in this section of the Rocky Mountains, symbolizing 100% American spirit. Pikes Peak itself is full of mystery and is a proud landmark of Colorado. If you have an adventurous spirit, get a hike, ride the bike, take a tour, or drive to the Pikes Peak Highway to get your shot. The Pikes Peak Highway has more than 150 turns that traverse the mountain face, providing a vista worth photographing. Reach the summit, where your hands will be free to snap photos as you are treated to the history and lore of the mountain.