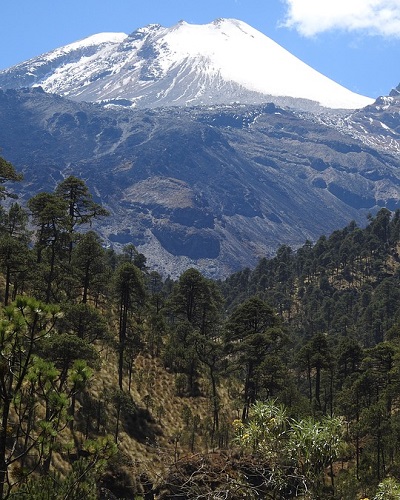 The Pico de Orizaba or Citlaltépetl is called in the indigenous Nahuatl language and lies between the states of Puebla and Veracruz in east-central Mexico. It is the highest mountain in Mexico, located near Orizaba in the state of Veracruz, from which it got its name.

Like many snow-capped mountains, residents regard the silent Orizaba as a holy mountain. Mount Orizaba is currently a dormant volcano with a conical shape and three craters on its peak. The volcano erupted several times from 1545 to 1566, with the last eruption in 1687.

You will have a very special experience on the active trip to Mexico, as you will climb the highest volcano and, at the same time, the highest mountain in Mexico, the Pico de Orizaba. The town, Orizaba, also impresses with its location in the heart of a magnificent mountain landscape. 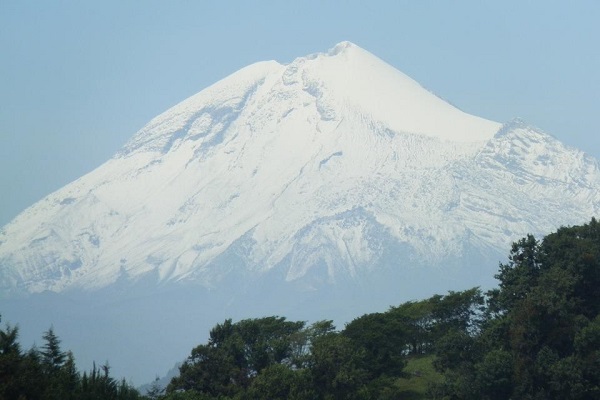 The snow- and ice-clad peak of Pico de Orizaba boasts a summit elevation of 5,675 meters (18,620 feet) above sea level, making it both the highest peak in Mexico and the tallest volcano in North America. The glacier starts around 4900-5000m and covers the upper aspects of the mountain.

Pico de Orizaba is also an actual alpine environment with nine glaciers. Most of the glaciers occur on the volcano's northern side, which receives less sun than the southern flank. The Gran Glaciar Norte, or Great Glacier of the North, is the largest on Orizaba, spilling down from the summit to about 16,000 feet. Until recently, the average thickness of these glaciers was about 160 feet and covered about 3.5 square miles.

It is possible to climb the Pico de Orizaba without any climbing knowledge, but experience using crampons and ice ax help. However, the high altitude of well over 5000m, which usually requires appropriate acclimatization, should be considered. The trekking takes 3-5 days, depending on the acclimatization period and the starting point. The climbing route is steep via the southern route but never really difficult and, with a bit of luck, can be mastered without snow. The climatic conditions are most favorable between October and March, best in December and January. 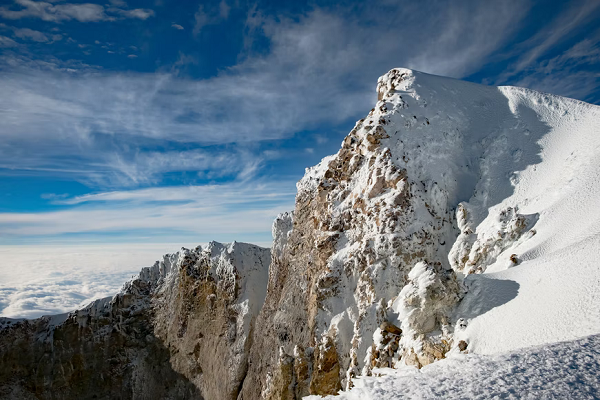 An excellent physical condition is required for the difficult climbing of the Pico de Orizaba in Veracruz. Once at the top, the wonderful panoramic view rewards you. When it is good weather, you can have magnificent views of the extensive Sierra Madre and the Gulf of Mexico from the summit of Pico de Orizaba. One memorable aspect of climbing Orizaba is the shadow the mountain casts on the surrounding flat plains when you stand on the summit at sunrise. Witnessing this effect has been the highlight of many climbers' trips.