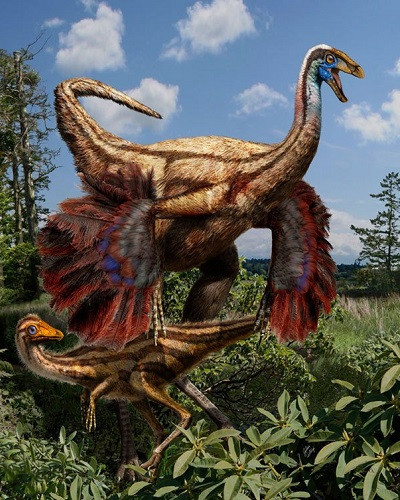 Ornithomimus was omnivorous, eating animals and plants such as insects, small reptiles, mammals, eggs, fruit, leaves, etc. It walks on two hind legs, is very fast and agile, and can run at 43 kilometers per hour, comparable to that of an ostrich.

The fossil record of the dinosaur population to which Ornithomimus belonged is very early. In a detailed study of the Ornithomimus fossil in Edmonton, scientists found wing-like forelimbs and hundreds of filamentous marks that suggested they had feathers. However, Ornithomimus was not a flying dinosaur, and its wings may have served other functions, such as courtship or hatching of young. You will get more facts about Ornithomimus in the following post.

Ornithomimus means "bird imitator," an ornithomimid dinosaur and large theropod that lived in North America during the Late Cretaceous period, about 74-65 million years ago. According to the restoration picture, people can see: Ornithomimus is covered with bird-like feathers; they are short and light, with long necks and toothless mouths. They have long hind legs and short upper limbs with three sharp claws. Its tail is stiff and straight. Ornithomimus had a relatively small head and large eyes, so it had a wide field of vision and good eyesight. Their tall, light body and powerful three toes allow them to run very fast. 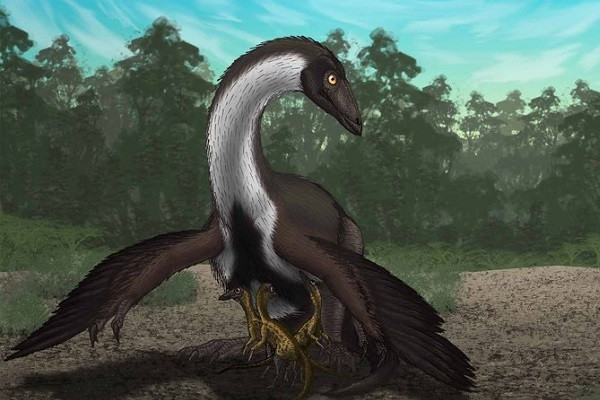 The Ornithomimus had an overall length between 3.5-4 meters, a standing height of 1.9-2.2 meters, and a body width of 50-70 cm. The researchers estimated that the weight of the Ornithomimus was between 100-150 kilograms. 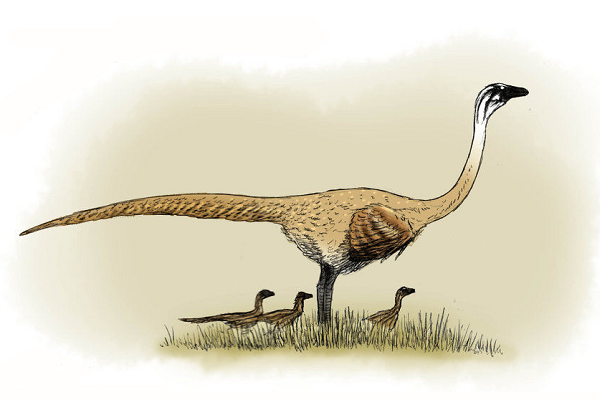 In terms of size alone, Ornithomimus does not have an advantage in the dinosaur population. However, their tenacious survivability and predation ability are enough to allow them to survive in the cruel and competitive dinosaur kingdom. Although they have small mouths and no teeth, they have a wide diet, not only relying on a wide variety of plants as their staple food, but they can also eat small insects and even prey on lizards. And their sharp claws also play a big role in their predation process. This seemingly simple ability greatly enhances their tenacious ability to adapt to the environment. Ornithomimus is one of the most intelligent dinosaurs.