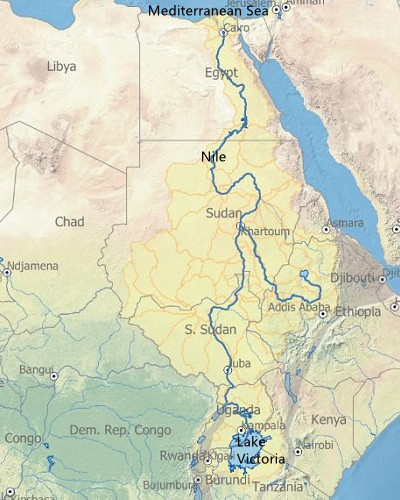 The Nile is a river that flows through eastern and northern Africa and flows into the Mediterranean Sea from south to north. The Nile is tied with the Congo River in Central Africa and the Niger River in West Africa as Africa's three largest river systems.

With 6,670 kilometers long, the Nile is the longest river globally. Counting from the source of the Nile River, the main Nile River flows through 7 countries, of which the longest length flows through Sudan. In 2007, scholars from Brazil claimed that the length of the Amazon River is longer, but the global geography community has not generally recognized it.

The Nile has two main tributaries, the White Nile and the Blue Nile. The Blue Nile, which originates from the Ethiopian plateau, is the lower Nile's source of water and nutrients, but the White Nile is the longest of the two tributaries and is home to Nile crocodiles. Read the following post to learn more about the Nile River.

The Nile River is located in the northeastern part of Africa and is the longest river in the world. The Nile River originates from the south of the equator, flows from south to north, and finally flows into the Mediterranean Sea. Although the Nile River has the longest process, the river's runoff is not very large because the main climate types in the basin are savannah climate and tropical desert climate. Its runoff is not even comparable to the Congo River, Zambezi River, or Niger River in Africa. 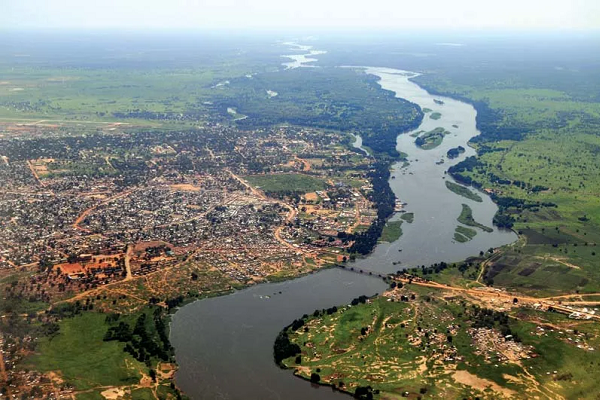 Runoff of the Nile

The average annual runoff of the Nile in Aswan is 84 billion cubic meters, which is the total water volume of the Nile; 60% comes from the Blue Nile, the White Nile supplies 32%, and the remaining 8% comes from the Atbara River. Because the Nile River flows through different natural zones, the distribution of water resources also presents obvious latitude zonality. The basin's general trend of runoff resources is decreasing from south to north.

The Nile River has the characteristics of regular flooding. In northern Sudan, it usually begins to rise in May, reaches the highest water level in August, and gradually declines, with low water levels from January to May. Although floods occur regularly, the amount of water and the timing of high tides vary widely. However, the Nile no longer floods each year because the Aswan High Dam was built in 1970. This huge dam controls the river's flow to generate electricity, irrigate (water) farms and provide homes with drinking water. 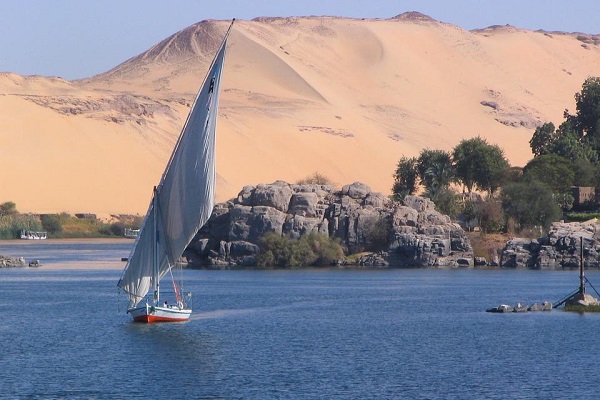 Waters of the Nile River are essential to the rise of one of the world's earliest great civilizations, ancient Egypt. It provided ancient Egypt with fertile soil and water for irrigation and a means of transporting materials for building projects. Its vital waters enabled cities to sprout amid a desert. The vast river also shaped their religion and culture. Even in the present day, millions depend on it to live. The Nile River is also a popular tourist attraction.