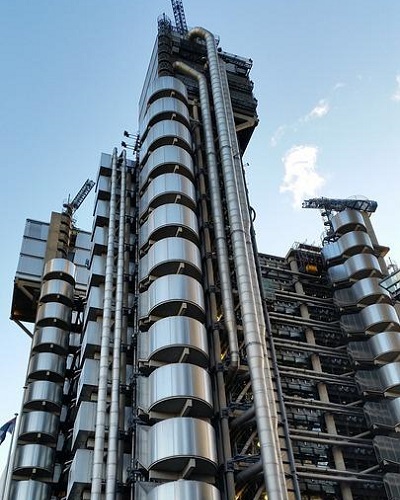 The famous Lloyds Insurance Company adopted the design scheme of world-class architect Richard Rogers, who designed the Centre Pompidou in Paris. The unique architectural style makes Lloyd's Building the most striking building in London and even in the world, with more than 200,000 people visiting it every year.

The Lloyd's Building was completed in 1986 and used as the home to Lloyds Insurance Company, the UK's largest insurance institution and one of the landmarks in the City of London. On July 8, 2013, Ping An Insurance (Group) Co., Ltd. of China purchased the Lloyd's Building.

Richard Rogers used exaggerated high-tech features in the design of this building, using a large number of stainless steel, aluminum, and other alloy materials to make the whole building sparkle. The building is one of the masterpieces of the 2007 Pritzker Prize-winning and one of the masterpieces of British architect Richard Rogers. Controversial in the architectural world, it has received mixed reviews of admiration, criticism, and amazement, as well as the nickname "The Steel Monster." Let's learn more about the actual size of Lloyd's Building in this post.

Description of the Lloyd's Building Size

At the end of the 20th century, Lloyds Insurance Company wanted to build a new building to meet the company's expansion needs when the coming of the 21st century. In 1977, Richard Rogers & Partners won the design competition for the design of the Lloyd's Building, which included six world-renowned architectural firms, including I.M. Pei and Foster + Partners, who participated in the design competition.

The building consists of three main towers and three service towers around a central, rectangular space; all staircases, lifts, electrical power conduits, and water pipes are placed on the exterior. The main building has 12 floors above ground and 2 floors underground. A total of 12 observation elevators with glass shells are installed externally, and 2 elevators are internal. The outside of the building is composed of two layers of tempered glass curtain wall and stainless steel exterior decoration frame. The Lloyd's Building becomes a complex of towers, even with a gothic vibe. 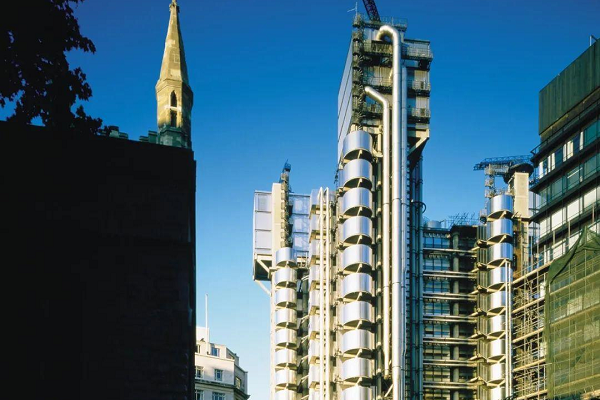 The Lloyd's Building is 88 meters (289 feet) to the roof, with 14 floors. It covers an floor area of about 55,000 square meters. On top of each service, the cleaning cranes stand, increasing the overall height to 95.10 meters (312 feet). There is a 60 meters high atrium lit naturally through a huge barrel-vaulted glass roof. 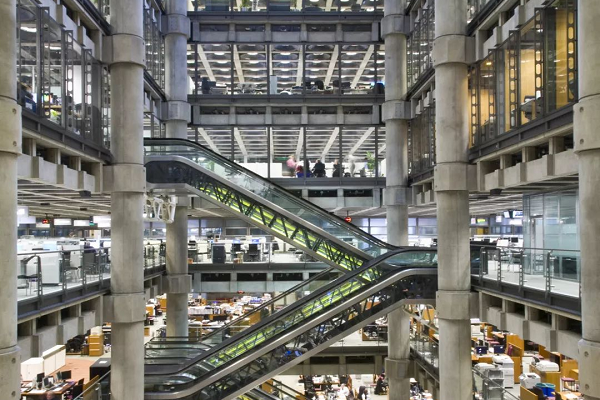