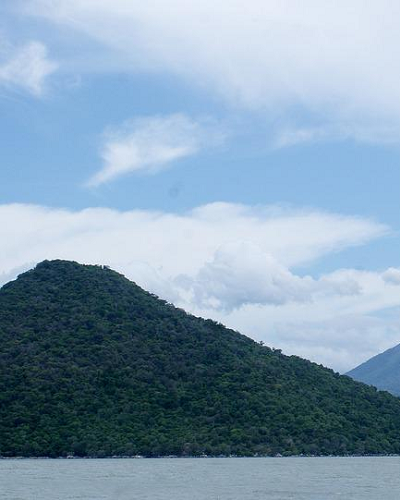 Lake Nicaragua (Lago de Nicaragua) is a freshwater lake in Nicaragua with a surface area of 8,264 square kilometers. It is the largest lake in Central America and the 21st largest in the world. Lake Nicaragua is connected to the Caribbean Sea by the San Juan River.

There are more than 300 large and small islands in Lake Nicaragua; the smallest is only a few hundred square meters. The largest island is Ometepe Island, which is 26 kilometers long, 13 kilometers wide, and has an area of 338 square kilometers. There are two volcanic cones on Ometepe Island, the most famous scenery there.

The largest city on the shores of Lake Nicaragua is Granada. Most of these islands in Lake Nicaragua were formed by volcanic eruptions. Now some small islands are inhabited by residents. There are many mango trees and coconut trees on the islands and many precious historical relics of Mayan culture. Zapatera Island is an important archaeological site in Nicaragua, where the ruins of ancient Indian temples and various stone statues are world-famous.

Tens of thousands of years ago, Lake Nicaragua was a bay in the Pacific Ocean, isolated from the sea by volcanic eruptions. The oceanic animal species that have lived in the lake for generations also adapted to the desalination and survived. There are still thousands of sharks, swordfish, and tarpon in the lake today. It is said that Lake Nicaragua is the only freshwater lake in the world that breeds oceanic animal species. Its indigenous name is Cocibolca, and the Spanish called it Mar Dulce, both terms meaning "sweet sea." Its present name is said to have been derived from that of Nicarao, an Indian chief whose people lived on the lake's shores.

The lake is supplied by more than 40 large and small rivers, of which the Tipitapa River is the largest. The Tipitapa River communicates between Lake Nicaragua and Lake Managua to the northwest. The lake flows into the Caribbean Sea through the 180-kilometer San Juan River, the border river between Nicaragua and Costa Rica. The Rivas Isthmus to the southwest of the lake, only 19 kilometers (12 miles) wide, becomes a narrow corridor separating the lake from the Pacific Ocean. 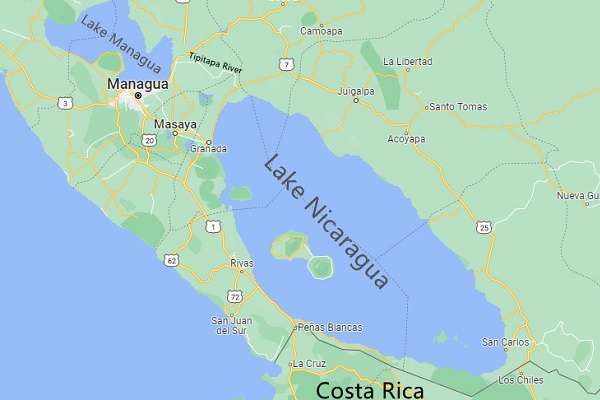 The water level on the coastline of Lake Nicaragua changes with the alternation of the rainy and dry seasons. The surface water temperature is usually 24°C, and the bottom layer is 16°C. Most islands are shady, with tropical fruit trees green all year round. The island is rich in coffee, cocoa, corn, bananas, and other fruits, as well as cotton and tobacco. 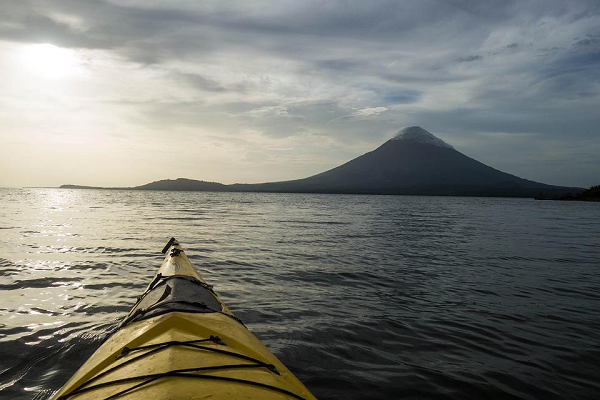 Nowadays, the beautiful Lake Nicaragua has been on par with the Masaya Volcano, becoming the two most famous landscapes in Nicaragua. Many birds and fish live in the lake area, and the lake is rich in various saltwater fish, including crocodiles, sharks, sea turtles, etc. Sharks swim to the lake from the Caribbean Sea along the San Juan River, so swimming is prohibited in Lake Nicaragua.