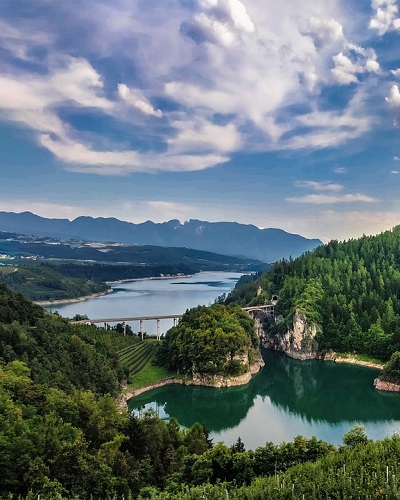 There are many attractions in Garda, and the lake is a popular tourist attraction with its turquoise southern shore, steep slopes, cliffs to the north, and a tree-lined eastern side against the mountains. There are many colorful and romantic towns on its shores, with resort hotels and homestays.

The villages and towns around the lakeshore have a different characters, depending on where visitors decide to stay for their Lake Garda holiday. The advent of cheaper flights has increased the attraction of Italy's largest lake for those hailing from the north of Europe. You will learn more about Lago di Garda in this post.

Lago di Garda is located at the southern foot of the Central Alps, 105 kilometers west of Milan. Lake Garda is the largest lake in Italy and the easternmost lake in the country. In the Alps, only Lake Geneva and Lake Constance exceed it. It spans three regions:

Lake Garda is placed under the jurisdiction of the provinces of Verona (southeast of the lake), Brescia (southwest), and Trento (north). 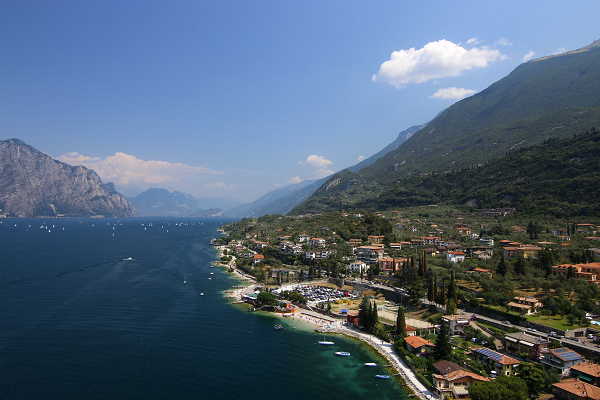 The shape of Lago di Garda is typical of a moraine valley, probably having been formed under the action of a Paleolithic glacier. Small rivers such as the Sarca River flow into the lake from the northern end, and the Mincio River (79 meters (259 ft) at the southern end is the only outlet of Lago di Garda, which flows into the Po River and finally flows into the Adriatic Sea. The lake's northern end is narrow and surrounded by towering cliffs; it gradually widens to the south, and there are various low-lying towns around the lake shore, forming a nearly circular basin with rich vegetation on the south and west banks. The lake has numerous small islands and five main ones, the largest being Isola del Garda.

Lago di Garda's climate is mild all year long, with its warm (sometimes hot) summer months (from the end of April to the beginning of October) and its winter months characterized by rare rainy days. Lush plants are growing on Lago di Garda's south and west shores. The particularly mild climate favors the growth of some hardy Mediterranean plants; common plants include citrus, olives, grapes, laurel, oleander, cypress, palm, and so on. Lago di Garda also produces eels, carp, trout, and other fish. Salmo carpio, also known as the carpione (Lake Garda carpione) is a rare salmonid fish endemic to Lake Garda. 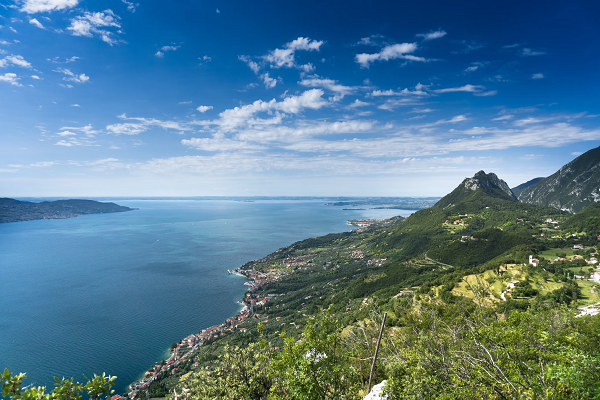 Lago di Garda has a mild climate and unique warm water temperature (May to September), with sunny beaches and small well-equipped harbors, as if the sea is embedded between the Po river plain and the Alps. It combines the Mediterranean's enchantment, the mountains' charm, and the unspoiled nature. With its 25 picturesque villages, all bound by the Gardesana state road and reachable by the highway, Lago di Garda is rich with historical monuments, castles, and fortresses, so it also offers a general view of its incomparable history.