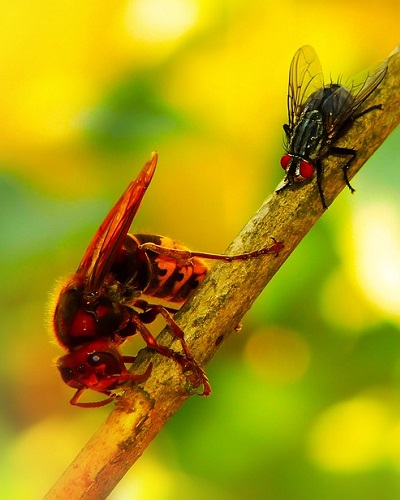 The European bumblebee is the largest wasp species characterized by a social group. It is native to Europe and the only "true" species of hornet found in North America and was introduced by European settlers in the 1800s. European hornets are generally considered dangerous pests by those who come into contact with them.

There is no doubt that the European hornet is a rather fearsome-looking insect. But this ferocious exterior fools you, these species that are rarely aggressive. European hornets are calm when foraging but can be aggressive when protecting the nest.

They are our largest and most impressive eusocial wasp species, displaying the very highest level of organization of animal sociality. Colony size is 300-500 wasps, sometimes more. You will know more interesting facts about European Hornet, including their average size, habits, etc.

They are large-sized insects with a brown body, yellow or orangish abdominal stripes, and a paler-colored face. They are not fuzzy like bees but have a solid body shape similar to bees and yellow jackets. The simple fact is that the European hornet is a docile creature, avoiding conflict and rarely displaying any form of aggression unless the nest is approached or the colony is threatened.

What makes European hornets most recognizable is their size. The robust European hornet is much larger than the yellow jacket. European hornet workers can be up to one inch (25 mm) long while queens are slightly larger and can reach 1.3 inches (35 mm). They are amongst the largest wasps in the areas they occur. 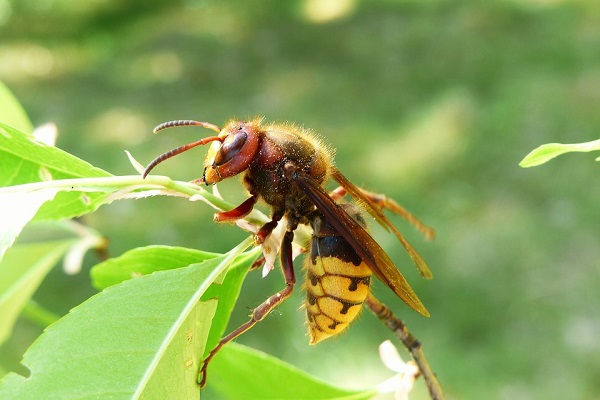 Like other stinging insects, when living outside and away from people, they hunt insects to feed their young, which helps control nuisance insect populations. European hornets also feed on sweet things like tree sap, honeydew, and overripe fruits that have fallen.

Nests are started by overwintering mated queens in early spring, and once she's raised a few workers, they take on the task of building and feeding while the queen focuses on egg-laying. The nests of European hornets are found in protected aerial areas, such as a hollow in a large, standing tree and sometimes in the wall voids of houses. Because they usually nest in hollow trees, European hornets are most commonly found in forests and adjacent areas. 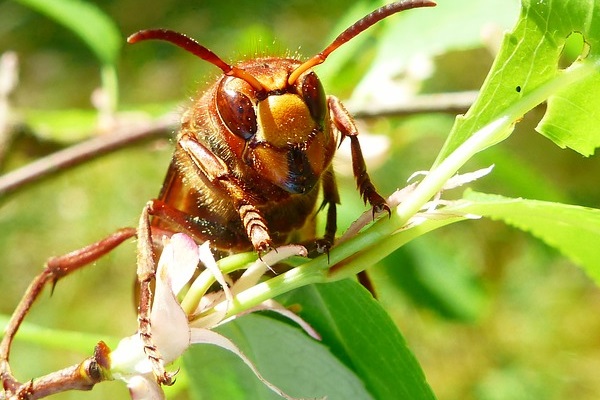 European hornets are attracted to bright light. Picking up fallen fruit and turning off porch lights at night in the fall can help reduce their numbers around your home. Bumblebees have a minimal range of habitats and are few. Because their life forms are often closely related to their host plants, bumblebees are vulnerable to environmental changes. Bumblebees are threatened with extinction at such a high rate that they could severely impact food production. Conservation of bumblebee species and their habitats is necessary. Restoring degraded Ecosystems and promoting agricultural practices that benefit biodiversity could have the potential to reverse the decline in European bumblebee populations.