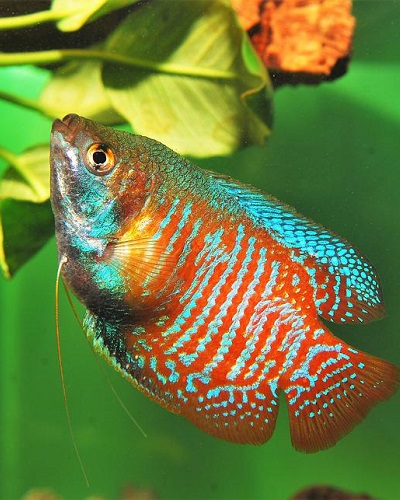 Dwarf gourami (Scientific Name: Trichogaster lalius) is a member of the genus Trichogaster. Native to northeastern India. One of the most popular freshwater fish due to its gentle personality and colorful appearance. They look fantastic and do a great job bringing a splash of color into your aquarium.

Dwarf gourami has beautiful skin, but they are also very easy to keep and won't require a lot of work on your end when it comes to taking care of them. Because of this combination, these fish will be the most common species in the freshwater aquarium community for quite some time.

Dwarf gourami is the smallest Anabantoidei fish of the Osphronemidae family. They are peaceful and shy fish. If you have a pair of them, the two fish will swim together. Please read the following article for more information if you plan to keep these colorful fish in the tank.

The dwarf gourami is a small but brightly colored freshwater fish that makes an excellent addition to the community tank. It is a very popular species, known for its brilliant blue coloration and its calm demeanor. The dwarf gourami is native to certain areas in Bangladesh, India, and Pakistan, though almost all of the specimens you find available for sale are captive-bred.

If you are looking for a peaceful community fish that gets along well with other docile species, look no further than the dwarf gourami. This species will get well along with other roommates in the community tank. Although they are not a difficult species to care for, you should take the time to learn everything about them in terms of their ideal tank parameters, diet preferences, and the diseases to which they are prone. Dwarf Gourami cave has an expected lifespan of up to 4 years when properly taken care of. 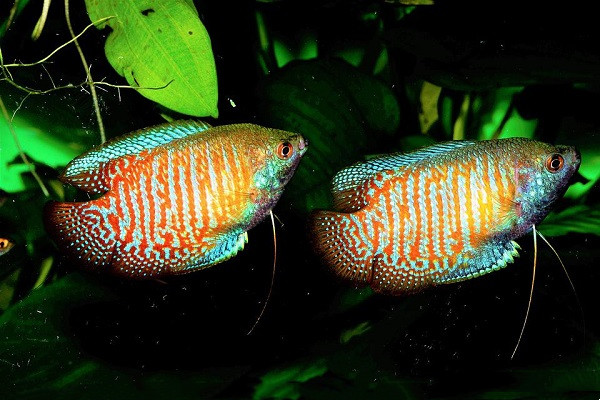 The average dwarf gourami size ranges approximately between 2 inches and 3.5 inches. Experts think this species grows to a maximum length of 3.5 inches (8.8 cm), though some dwarf gouramis grow larger in the wild in reports. Male dwarf gouramis typically max out at 3 inches in the home aquarium, while females remain a little smaller, around 2.4 inches.

Dwarf gourami does not have strict water quality and bait requirements and has a mild and timid personality. Because dwarf gourami fish remain fairly small, they do not require a very large tank, though a much large tank is never a bad idea if you plan to keep a group of these fish or if you want to keep them in a community tank with other species. 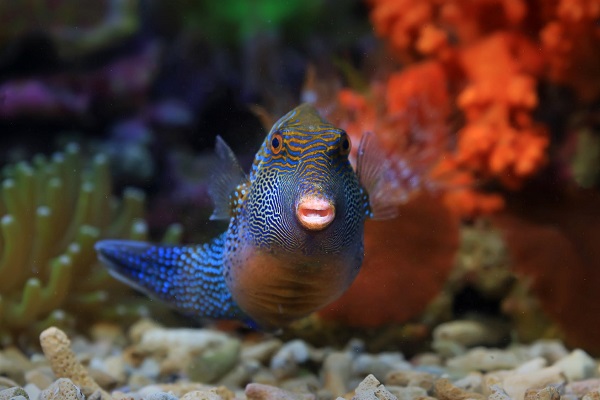