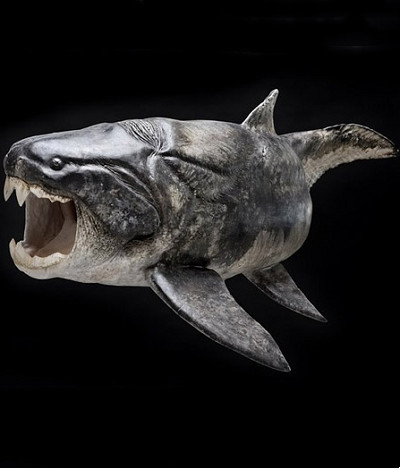 Dunkleosteus is a kind of paleontology that lived in the Devonian period, about 415 to 360 million years ago. Its main preys were fish and hard-shelled invertebrates, including sharks. Paleontologists think Dunkleosteus is the top predator in the ocean at that time.

Dunkleosteus is one of the prehistoric fish thought to have the strongest bite, and it was also the largest fish of the Devonian period. According to the research of archaeologists and zoologists, Dunkleosteus was at the top of the food chain.

After the extinction event in the late Devonian period, the Dunkleosteus terrelli was completely extinct. At the same time, some of its prey were evolved, such as nautilus, and modern sharks have survived till today. Biological evolution is mysterious. This post shares more interesting facts about these prehistoric giant fish.

After the mid-19th century, with many fossils, American paleontology began to develop. Strange fossils have been found in Tennessee and Wyoming. In 1868, John Newberry established Dinichthys from an incomplete fossil skull and mandible. In 1956, paleontologist Jean Pierre Lehman, after studying Dinichthys terrelli, discovered that it was a completely new animal and named it Dunkleosteus. Most Dunkleosteus fossils have been found in the United States, and they have also been found in Europe. The restored picture of Dunkleosteus will leave a deep impression because its appearance was terrifying. 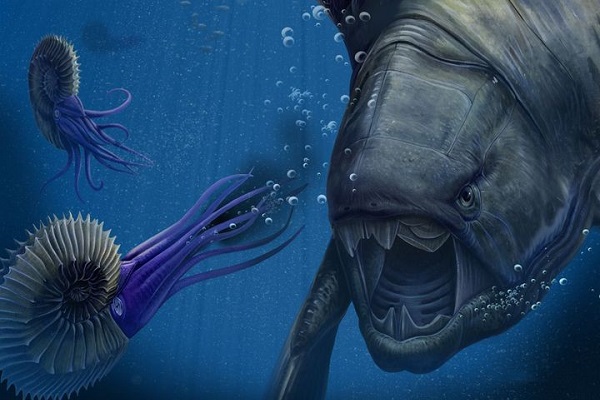 Dunkleosteus fish are huge, with a spindle-shaped body similar to a shark. The head and neck are covered with a thick and hard exoskeleton, so their fossils preserve the head and neck. Although it is predatory fish, it is toothless, instead of 2 sets of powerful, self-sharpening jawbones, which can severe and smash almost anything in the ocean. Dunkleosteus could concentrate a force of up to 7,400 N at the tip of its mouth, having the most powerful known bite. Pigment cells showed that the back of Dunkleosteus was darker, and the abdomen was silvery.

Dunkleosteus terrelli, the largest predator and one of the fiercest creatures alive in the Devonian "Age of Fishes," ruled the subtropical waters. Up to 30 feet in length and weighing more than 1 ton, this arthrodire fish could chop prehistoric sharks into chum. And even 400 million years later, people will still be in awe to see its fossils.

Dunkleosteus lived in shallow waters and had a great appetite, making it the strongest carnivore. Dunkleosteus could also open its mouth in one-fiftieth of a second, which would have caused a powerful suction that pulled the prey into its mouth. Their food includes sharks, bony fish, trilobites, ammonites, nautilus, shield fish, etc. However, they had been suffering from indigestion. Some fossils of regurgitated, half-digested fish were found around their fossils. 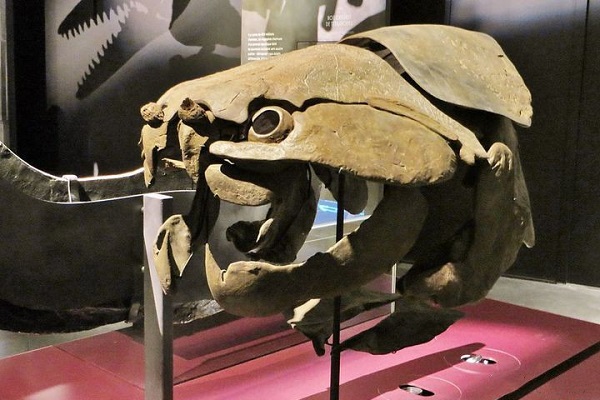 Dunkleosteus lived in the late Devonian period, called "the Age of Fish." The giant fish was the defining event of the Devonians. Dunkelosteus belongs to the Placodermi, likely ancestral to all living gnathostomes. Dunkleosteus remains have been found in late Devonian strata in Morocco, Belgium, Poland, and North America. Dunkleosteus, the first super-predator after the emergence of vertebrates, eventually disappeared in the mass extinction at the end of the Devonian. Still, their fossils preserved in the ground record the glory of Placodermi.