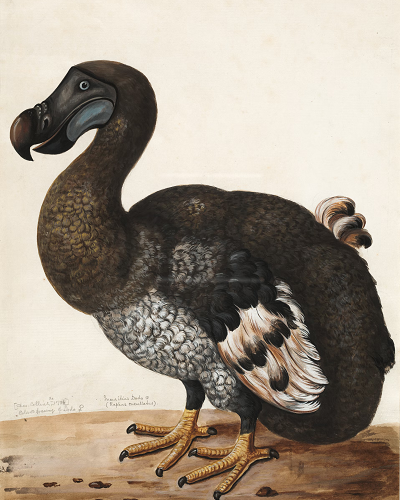 The dodo (scientific name: Raphus cucullatus) is an extinct bird. The body size is comparable to that of a swan and has obvious sexual dimorphism. The dodo bird, the only extinct bird, designated as the national bird of Mauritius, was extincted in 1681. In August 2016, the world's most complete dodo bone was auctioned in England at a high price.

This species is a flightless bird that only lived and bred on the island of Mauritius in the Indian Ocean. In less than 100 years after humans discovered it, it was completely extinct due to human hunting and the influence of human activities, one of the most famous extinct animals.

The dodo is undoubtedly the most interesting and popular in the taxidermy section of the Natural History Museum in London. This kind and the lovely bird is described in the fairy tale 'Alice in Wonderland. However, the book's author had never seen a living dodo, which was long extinct when he was born. This post introduces more facts about the dodo bird.

When the dodo on the island of Mauritius was first described and recorded by humans in 1598, people sighed at the strangeness of this bird: its fat body, strong feet, thin wings, and even more peculiar. It has a strange beak with a thick base and a swollen end. Soon, however, the last of the dodos disappeared from the face of the earth. It is a large, plump bird covered in soft brown or grey feathers with a wisp of white feathers on the tail. Their wings are so small that they cannot fly for their entire life.

Thanks to the diaries and writings of sailors and captains who landed in Mauritius and the paintings from people who had witnessed dodo in the 16th and 17th centuries. Scientists and ornithologists have made fairly detailed composite drawings of the dodo after unearthing numerous fossils from these records and pictures. 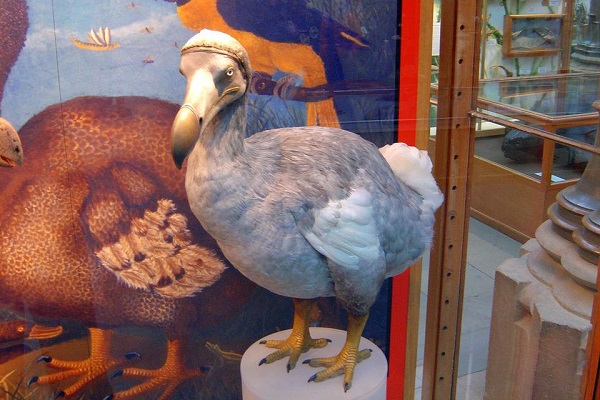 The dodo is bigger than a turkey. It had blue-gray plumage, a big head, a 23 cm (9 inches) blackish bill with reddish sheath forming the hooked tip, small useless wings, stout yellow legs, and a tuft of curly feathers high on its rear end. The male dodo bird can grow up to 90 cm in length and weigh up to 28 kg, while the female bird is only 70 cm in length and 17 kg in weight.

The dodo lives in the Republic of Mauritius, an island country in eastern Africa, located in the southwest of the Indian Ocean, about 800 kilometers from the east coast of Madagascar. This species is a forest-dwelling bird. The island of Mauritius enjoys a warm and humid climate, with a variety of biomes and lush vegetation, where dodos live in thriving forests.

The dodo is described as a lazy, rather stupid animal for the most part. It has virtually no defenses against predators, except for its large beak. They may bite their attackers when they or their cubs are threatened. The female lays one egg at a time, which the female and male incubate together.

Scientists' opinions on the dodo's diet are largely based on guesswork. They feed on fruits and seeds. Some sailors also reported seeing dodos wading into the pool to fish. However, another statement is that the dodo often eats stones and iron. Presumably, these rocks aid indigestion. 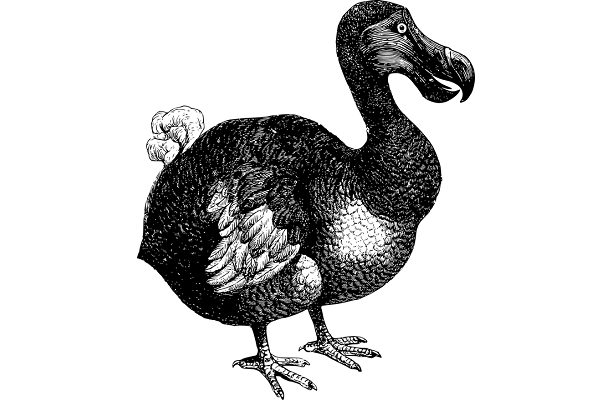 Until the modern era, the dodo had led a charmed life: There were no predatory mammals, reptiles, or even large insects on its island habitat, and thus no need to evolve any natural defenses. Dodo birds were so innately trusting humans and unaware that these strange creatures intended to kill and eat them. Many animals have gone extinct due to human activity, but the dodo is the first extinct species recorded by humans. As the saying goes, "As dead as a dodo."