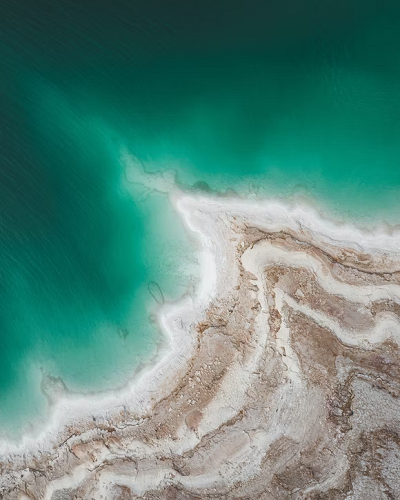 The Dead Sea is located at the board of Israel, Palestine, and Jordan. It is the lowest lake in the world. The lake surface is -430.5 meters above sea level, and the deepest lake bed is -800.112 meters above sea level. It is also the third saltiest body of water on earth, after the Don Juan Pool in Antarctica and the Gaet'ale Pond in Ethiopia.

The Dead Sea contains a high salt concentration, 8.6 times that of ordinary seawater, so no organisms can survive in the water. Even the land along the Dead Sea has few organisms other than aquatic plants, which is one of the reasons for its name.

Under the sunlight, the surface of the Dead Sea resembles an ancient bronze mirror. The Dead Sea is disappearing. According to the relevant data from the World Environmental Protection Organization, the level of the Dead Sea is falling at a rate of 3.3 feet (about 1 meter) per year. With the decreasing water volume, the salt concentration of the Dead Sea has greatly increased.

The Dead Sea is located in the Great Rift Valley between Israel, Palestine, and Jordan, and its source is the Jordan River. Its eastern shore belongs to Jordan, and the southern half of its western shore belongs to Israel. The northern half of the western shore lies within the Palestinian West Bank and has been under Israeli occupation since the 1967 Arab-Israeli war. The Dead Sea is an inland salt lake with the Judean mountains on the west bank and the Transjordan plateau on the east bank. The shore of the Dead Sea is the lowest point on earth that has exposed land.

However, the Dead Sea is a huge lake with no outlet. It is a fault lake formed by breaking the crust. It is called "the sea" due to its high salt concentration of about 34%, ten times the salt content of Mediterranean seawater. The Dead Sea is deep blue and extremely salty, and the higher it goes to the bottom, which makes it impossible to sink or swim in the Dead Sea. The formation of high salt concentration is due to the continuously fast evaporation of the lake water and the sinking of minerals. 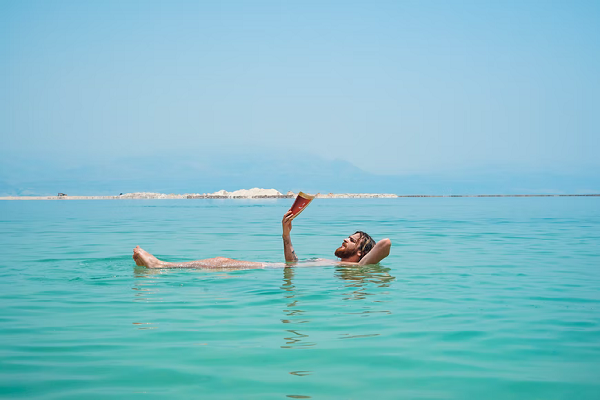 The Dead Sea is located in the desert. Although it has a Mediterranean climate, it has very little rainfall and belongs to the desert belt of West Asia. The annual rainfall in Lisan Peninsula is 65 mm. The climate is warm in winter and hot in summer. The higher the temperature, the greater the evaporation. 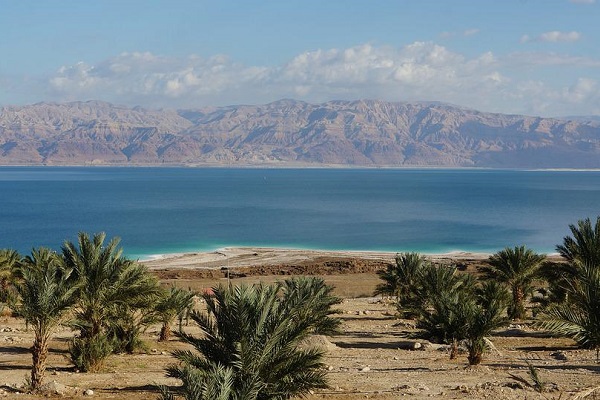 The Dead Sea is one of Israel's most famous travel destinations and even the world's. It is difficult to find an empty room in a local hotel in summer. However, the season when you are recommended to come to the Dead Sea for a mud bath is in winter. The Dead Sea is a popular international medical tourism destination. Its water and mud are rich in minerals that have been clinically proven to treat skin diseases. Most local hotels have health clinics and spas, offering a range of services to meet the growing demand for medical tourism.