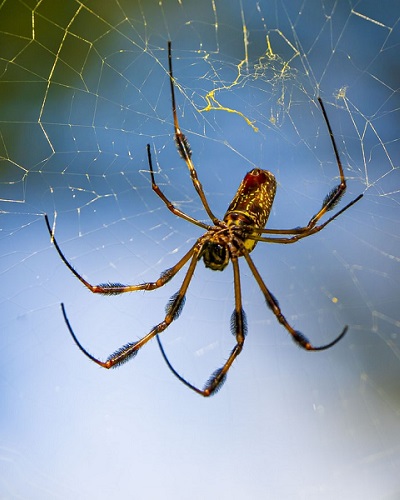 You may think this yellow arachnid surely can't be that scary with a name like "banana spider," After all, the color yellow represents happiness and optimism. Believe it or not, a female banana spider can be terrifying to one who happens upon it unexpectedly.

Phoneutria, also known as the banana spider, is a large spider distributed in Brazil and South America. The Brazilian roaming spider is very poisonous and one of the deadliest spiders in the world. They can release a neurotoxin that causes nerve loss, difficulty breathing, and severe pain. In 2007, the Guinness Book of World Records awarded the banana spider "the most poisonous spider."

Banana spiders, or Nephila clavipes, are known by many names such as Golden Silk Spiders, Writing Spiders, Calico Spiders, and Golden Orb Weavers. These arachnids are sexually dimorphic, meaning the females and males look so different that many assume they're different species altogether. The banana spider that often comes to mind is probably the female.

The females are much larger than their male counterparts as far as banana spider size goes. Females can be 1-3 inches long, but males are usually only about .02 inches long. Both are slender but different in color. The female has yellow spots on a light orange/tan abdomen, while the males are dark brown and often go unnoticed entirely. This section introduces 5 species of banana spiders that origin in different regions. 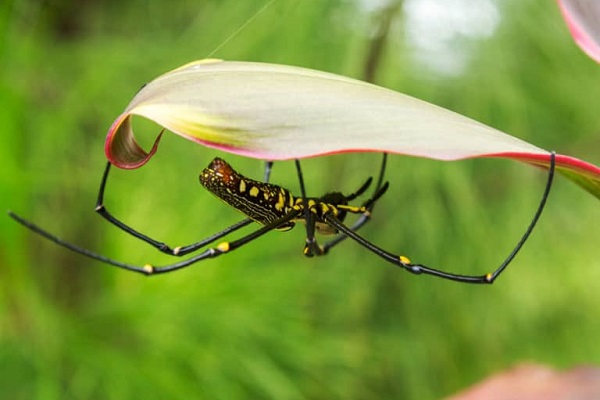 The Golden silk orb-weaver is one from Australia and is large enough to feed on small birds. The local species is Nephila clavipes and is found throughout the southeastern United States; in the warmer months, it may reach as far north as New England. They have a venomous animal's typical "red / yellow / black" coloration. Female golden orb-weavers are the huge ones you find on the webs. Their body lengths can reach 2' (not including the extended legs), and the males are much smaller at 0.02".

Spiders of the Cupiennius genus are usually large with brown, furry bodies and long, skinny legs. Native to Central and South America, Cupiennius is a genus of spiders broadly called banana spiders because bananas are the plants on which these spiders are most often found. Cupiennius is also called huntsman spiders because they hunt their prey instead of spinning webs. People easily mistake a Cupiennius for the more venomous spider, the Phoneutria (Brazilian wandering spider). Some species of Cupiennius spiders are large and scary-looking, but they’re only mildly venomous.

Males are small and brown. The much larger females are yellow and black with a body shaped like a king's crown, similar to the golden silk orb-weaver spiders. If you don't live on any of the islands of the Pacific Ocean, you probably won't see a Hawaiian garden spider. Hawaiian garden spiders know how to durable their webs by weaving them with a distinctive zig-zag design. If you spot one in your garden, you should let it alone because they prey upon insects that eat plants and flowers. 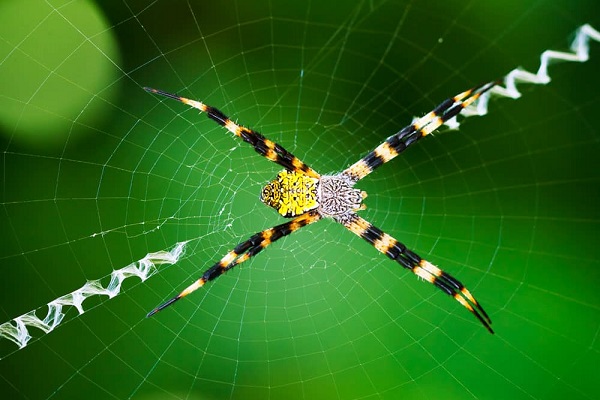 These spiders are similar to the black and yellow Nephila but have longer, darker, and less yellow bodies. It is also known for the clumps of dark hair on its legs, common among its genus. Trichonephila clavipes live in the range from the southeastern USA throughout Central America and to Argentina in South America. Still, they can also be found as far north as Eastern Canada in the summer.

Phoneutria are giant, brown, and hairy spiders with long legs and are recognized by the patch of dense, fine hair on their pedipalps. There is no doubt they are ugly. Phoneutria spiders have much in common with Cupiennius. They hail from Central and South America, they’re large, hairy, and brown, and they also hunt their prey at night instead of using webs. But it is vitally important to recognize the differences between these two spider types. Although incidents are rare, bites from Phoneutria can be fatal to humans. 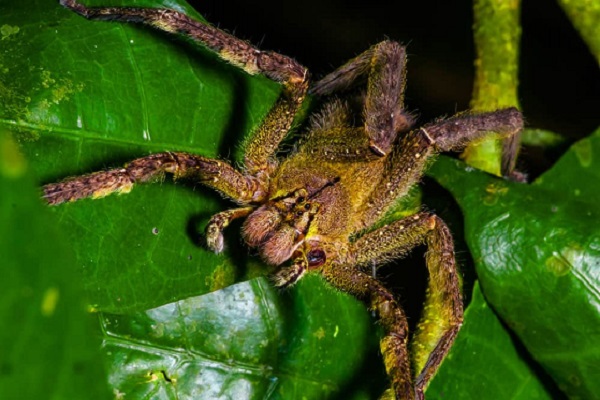 A banana spider is actually the common name for various spiders found around the world. What is certain is that no matter what kind of spider you are facing, you should not touch it.