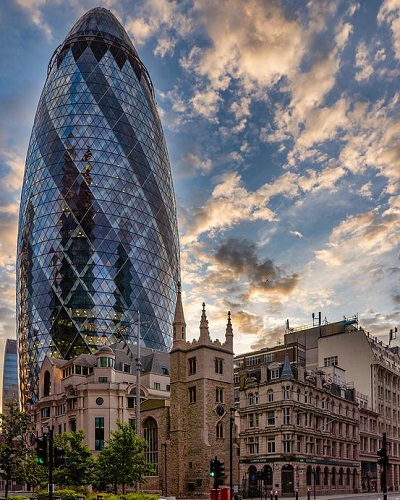 The 30 St. Mary Axe is a skyscraper in the UK financial capital of London, nicknamed "the Gherkin" and officially the Swiss Re Building. The building is named after its address, St. Mary Aix Street, where the building is located, and 30 is its house number.

The Swiss Re Building is one of London's most striking skyscrapers, using natural ventilation, energy-efficient lighting, and solar heating to save energy, making this skyscraper 50% less expensive than a typical office building energy loss. At the same time, it is also constructed from reusable building materials, a beautiful and high-tech masterpiece.

Designed by Lord Norman Foster and commissioned in 2004, it has been hailed as one of the best buildings on the streets of London in the 21st century. The building also won the Stirling Prize in 2004 for its designer, Norman Foster. In the following article, let's learn more about the stunning size of the Swiss Re Building.

The 30 St Mary Aix was inaugurated in December 2003 and opened on 28 April 2004. The team of architects for this building is from the prestigious firm Foster + Partners. Unlike the traditional box-shaped office building design, the Swiss Re headquarters building is shaped like a bullet. The diameter of each floor changes with the curvature of the building, from 162 feet to 185 feet (17th floor), and then gradually narrows. At the center of the building is a huge cylindrical main force field, which acts as the gravitational support for the building. The building appears slimmer than a rectangular tower of the same size, maximizing public areas on the ground floor. The all-glass façade also allows the building to receive natural sunlight better.

The bottom two floors are shopping malls, and the top floor of the building has a 360° panoramic viewing platform, bars, and clubs. The 39th floor is a restaurant, the 38th floor is a private banquet hall, the other floors are office spaces, and there are some bars and restaurants in the front square and garden for rest. 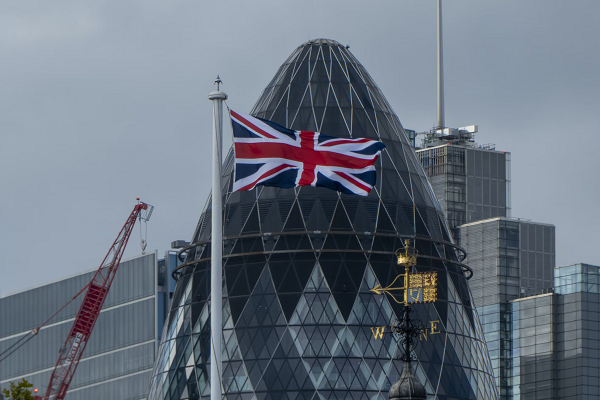 The building is 180 meters high and has 41 floors. Its construction symbolizes the rise of a new wave of high-rises in London. The building provides 46,400 square meters net of office space. 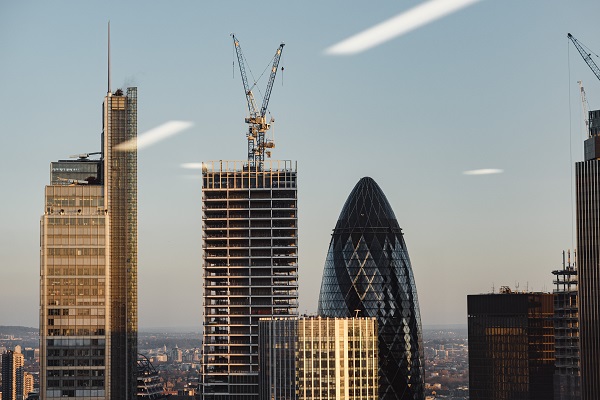 The 30 St. Mary Axe is an instantly recognizable addition to London's skyline. Norman Foster continued the idea of creating an office microclimate with design. He gained a more mature and free play in the Swiss Re headquarters building project, making the building the first eco-friendly high-rise building in London. Swiss Re's curtain wall design is also very ingenious in terms of structure. In addition to being self-supporting, it is equivalent to a diagonal bracing system composed of several triangles, which can assist the load-bearing function of the core tube. It is a great time to visit this incredible building and enjoy the spectacular views.

The Cathedral Of Seville Size